Two arrested for trying to work ‘juju’ on Akufo-Addo, Otumfuo, others 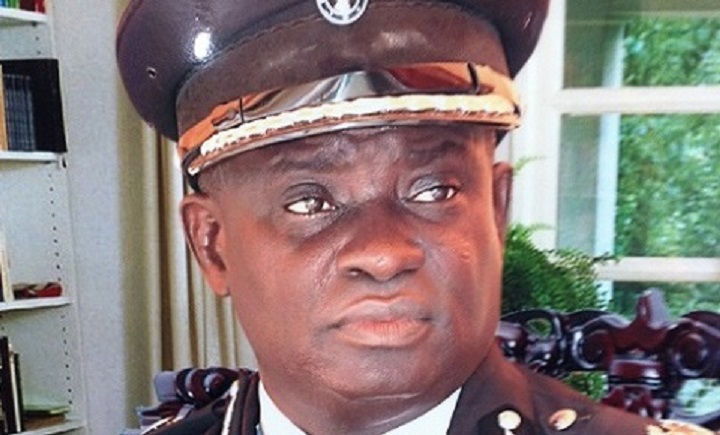 Two persons have been arrested by the Weta Divisional Police Command with support from the Dzodze Police in the Volta Region, over an attempt to cast a spell (juju) on the President, Nana Akufo Addo and other top officials of the New Patriotic Party (NPP) government over the creation of new regions, specifically the Oti Region.

According to the Volta Regional Police Commander, DCOP Ebenezer Francis Doku, the suspects were from Ashaiman in the Greater Accra Region and had visited a shrine on Wednesday, December 5, at Weta in the Ketu North Municipality of the Region, to put the political leaders under the control of black magic.

The traditional priest, Festus Kwashie Babanawo, who said he could not destroy leaders of the country, turned round to report the two persons at the Weta Police station after he accommodated the two suspects peacefully into his shrine.

The Commander said the suspects, Ebenezer Atsu, 33, and Shepherd Acolatse, 55, were quickly hunted down after the priest lodged the complaint.

The police officers who made the arrest found a white paper on one of the suspects that had the names of the president, Nana Addo Dankwa Akufo Addo, Dr. Archibald Yaw Letsa the Volta regional minister; Mrs. Jean Adukwei Mensah, chairperson for the Electoral Commission; Mr. Justice Brobbey, Chairman for the Commission of Enquiry on creation of the new regions; the Minister for Regional Reorganization, Mr. Dan Botwe; and Dr. Obed Asamoah.

The list also had Asantehene, Otumfuo Osei Tutu II, who the suspects believe supports the creation of the proposed Oti Region.

The two suspects upon interrogation claimed that, the list was given to them by one John, a resident of Ashaiman, and he directed them to send it to the native doctor to cast the spell on the leaders, since they are determined to create the proposed Oti Region out of the Volta region.

The suspects were later transferred to the Regional Police Command, in Ho, and are currently in Police custody as investigation continues.

DCOP Ebenezer Francis Doku, recently warned natives of the region against being engaged in any unapproved acts to disturb the upcoming referendum.

He said the Police Service in the region is ready to hunt down any person who will misbehave “before, during and after the upcoming referendum in the region”

The creation of the proposed Oti Region has created controversy among the Ewe-speaking people and people residing in the Northern areas of the region.

It is however unclear how the police intends to handle this case and what offense the suspects could be charged with.