The Queen Has Picked Prince Charles for Another Major New Role 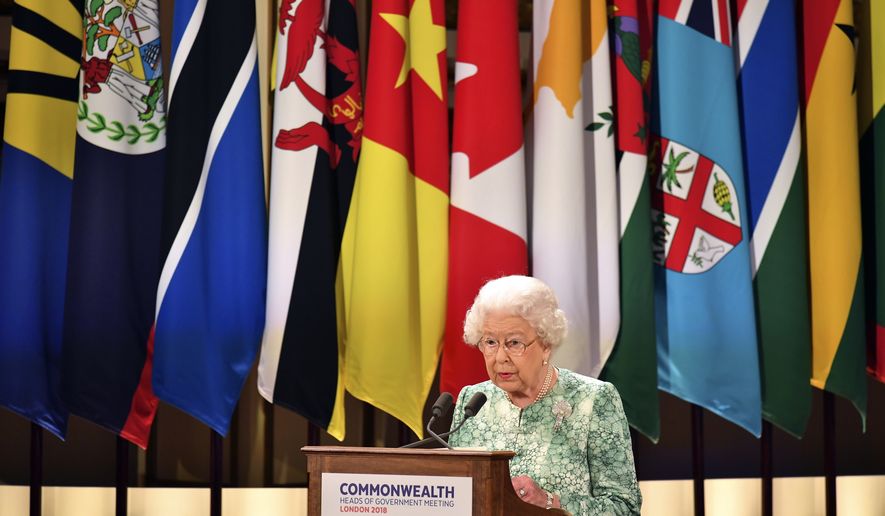 Britain’s Queen Elizabeth II speaks during the formal opening of the Commonwealth Heads of Government Meeting in the ballroom at Buckingham Palace in London, Thursday April 19, 2018.

Though the throne has been his since the moment he was born, the position as Head of the Commonwealth was up for debate . . . until today.

hen the Queen asks for something to be done, it is usually done, pronto. So it seems likely that after much debate over who will succeed Queen Elizabeth II as the next Head of the Commonwealth, the deal is already done.

Although Commonwealth leaders are due to vote on Friday about the future leadership, it seems the job will fall to the heir to the throne after all. Prince Charles has been the automatic heir to Britain’s throne from the moment he was born, but the Head of Commonwealth position is not hereditary. Clearly, though, in Her Majesty’s mind, there is only one person for the job.

“It is my sincere wish that the Commonwealth will continue to offer stability and continuity for future generations, and will decide that one day The Prince of Wales should carry on the important work started by my father in 1949,“ she told the assembled Heads of Government on Thursday.
Watch Now: Boarding School: How to Get a Seat on a Major Corporate Board

The leaders of the Commonwealth nations are expected to decide Friday on whether Charles should succeed his mother as head of the Commonwealth. But comments from some suggest their minds are already made up. Malta Prime Minister Dr. Joseph Muscat seemed to hint that Charles would have the backing of other heads when he spoke at Buckingham Palace today, where a gun salute and musical procession marked the opening of the two-day meeting.

“The Prince of Wales actively participates in Commonwealth affairs and puts a strong Commonwealth dimension in his various national and global ventures,“ Dr Muscat said in a speech at the ceremony. “We are certain that, when he will be called upon to do so, he will provide solid and passionate leadership for our Commonwealth.”

Many senior royals, including Prince William and Prince Harry, who has been made a Commonwealth Youth Ambassador, joined the Queen for today’s opening ceremony. Meghan Markle, who attended a forum on female empowerment, was not in attendance.

Charles will have a high-profile role at this week’s meetings, which are being held in the Queen’s homes in London and Windsor; he will discuss trade, ocean protection, and cyber crime among other issues. Some consider that this will be the last Commonwealth Heads of Government meeting the Queen, who turns 92 on Saturday, will attend. A special birthday concert is being held in her honor this weekend.

The Prince of Wales regularly represents the Queen overseas and has attended previous Commonwealth Heads of Government meetings around the world where issues affecting the Commonwealth and its 2.4 billion people are discussed. Charles, who has just returned from the Commonwealth Games in Australia with Camilla, also delivered an emotional speech today saying that the Commonwealth has been an important part of his life.

“For my part, the Commonwealth has been a fundamental feature of my life for as long as I can remember, beginning with my first visit to Malta when I was just five years old,” he said. “I consider myself fortunate over the years to have been able to meet and talk with so many of the giants of the Commonwealth.”

It looks as though he is set to be the next one.