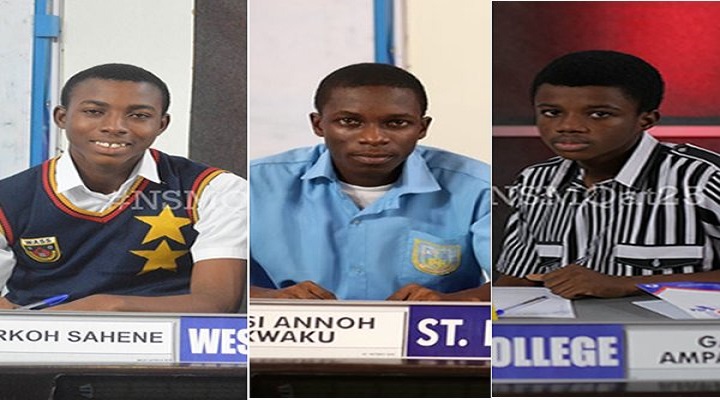 The Nkwatia-based school emerged as the winner after thrashing WASS with just a single point. At the end of the final round, St Peter’s had 45 points, WASS 44 points and ADISCO losing with 39 points.

Promising school, WASS has come far in this competition as they battled it all out with PERSCO and ADISCO to win but luck wasn’t on their side. They came from the bottom to the top leading with 41 points at the end of the fourth round.

ADISCO on the other hand, after being in the finals for four consecutive times lost again in the competition. Most people are describing them on social media as the Juventus of NSMQ.

These three schools rose above over 400 schools to claim a place in the final to battle it out for the bragging right.

St. Peter’s SHS overcame its compatriots from the Volta Region; Mawuli School and Keta SHTS, in its semi-final.

Adisadel College and West Africa SHS started off the tournament as seeded schools, while St Peter’s started off in the preliminary stages because of its relatively weak performances in recent years despite being regarded as a science and math powerhouse.

Only 11 schools out of the 475 schools to have competed have won the competition since its inception.

Meanwhile, President Akufo-Addo has promised to host the winners of this year’s NSMQ at the Jubilee House in Accra.