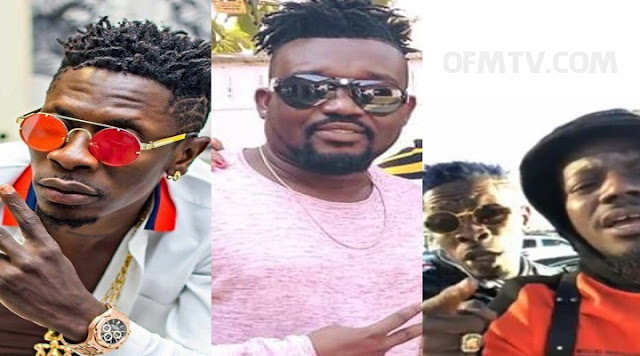 In a phone call conversation with the station to address some issues in regards to what Shatta Wale posted on his Facebook page, Shatta Wale gave that impression clearly, he fired bullet and blamed him for spreading false rumours about him.

Shatta Wale made a Facebook post addressing a rumor that he wanted to charge to perform at late Ebony’s funeral, he went on to say that Bullet is a fool if he was the one spreading the rumours and added that, he knows he can do that, because he’s done that before.

Bullet had initially stated in radio interviews that it was not Shatta Wale he was referring to in his post and that he cannot even do that, but it appears Wale never got to read or listen to that interview before making that post.

Throughout Shatta Wale’s interview with Peace FM, He lashed Bullet by saying he has destroyed the young girl’s life, now that the girl is dead he has organised a concert to denude money from people, He went on to say that Bullet had at one point spread rumours that he wanted to sleep with Ebony when she was alive before shooting the ‘Sponsor’ music video as he was featured on the song originally. Bullet who was a bit disappointed in Shatta Wale’s Comment asked the listeners of Peace Fm to pray for Shatta because it looks like things are not alright with him, he explained the reason why they decided to ignore him and release the song without his version.And that was because he (Shatta Wale) didn’t like the video concept.

Shatta felt the Ebony tribute concert which is happening on the 23rd of March was being organised because of the money.

Bullet in reacting to all that he said, added that, Shatta Wale has some mental issues and that he should be prayed for and I agree with him.

Listen to the interview below.