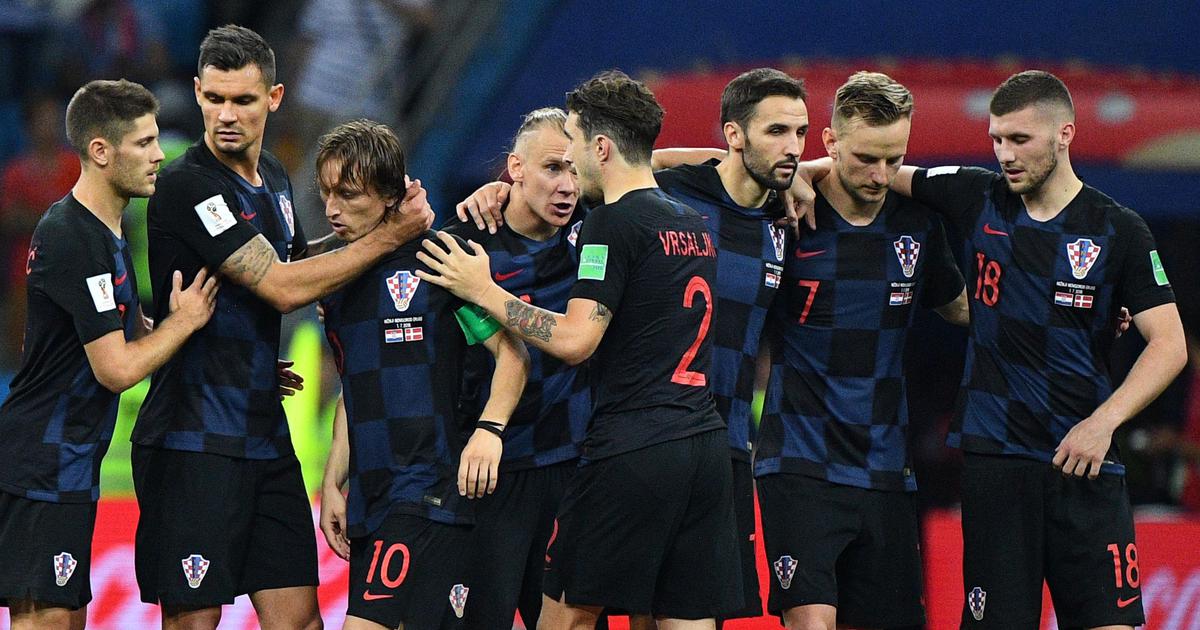 SOCHI RUSSIA: Croatia ended Russia’s unlikely World Cup dream when they won 4-3 on penalties to eliminate the gallant hosts after a dramatic quarter-final ended 2-2 after extra time on Saturday.
Ivan Rakitic stroked home the winning penalty to send Croatia into a semi-final against England after a night of unremitting tension in Sochi, ending the remarkable campaign of a team ranked 70th in the world.

In the previous 120 minutes, Denis Cheryshev rifled Russia in front with a long-range thunderbolt, his fourth goal of the tournament, in the 31st minute before Andrej Kramaric headed Croatia level six minutes before halftime.

Croatia then went ahead with a soft header in the eleventh minute of extra time but Brazilian-born Fernandes headed the hosts level with five minutes of play remaining to send the game to penalties.

Russia had already surpassed expectations by reaching the last eight, ousting Spain on the way.

After a lively opening, the game dropped off, with sessions of head tennis in midfield, but it was Russia’s more rustic approach which paid off first as they went ahead out of the blue.

Cheryshev collected the ball near the halfway line, exchanged passes with Artem Dzyuba and curled a 25-metre shot past Subasic.

But slack defending allowed Croatia to level eight minutes later. Mario Mandzukic ran unchallenged into the penalty area and chipped a low ball back into the centre where unmarked Kramaric scored with a glancing header.

Croatia were agonisingly close to scoring on the hour when Russia’s defence failed to clear the ball and Ivan Perisic’s shot hit the inside of the post but rebounded harmlessly across the face of the goal.

Croatia appeared to have the tie in the bag after Vida’s extra-time goal until Fernandes rose to head in a free kick and send both teams to their second penalty shootout of the tournament.

Croatia are only the second team in World Cup history – after Argentina in 1990 – to win two penalty shootouts in the same edition of the tournament.

Nerves of steel. Croatia are through to the semi-final and it’s well deserved. They attacked but patience was essential. Danijel Subasic had another fantastic night.

Croatia are into the semi-finals
It’s Croatia who triumph on penalties, they have eliminated the hosts in a shootout in Sochi and will now take on England in the semi-finals on Wednesday.