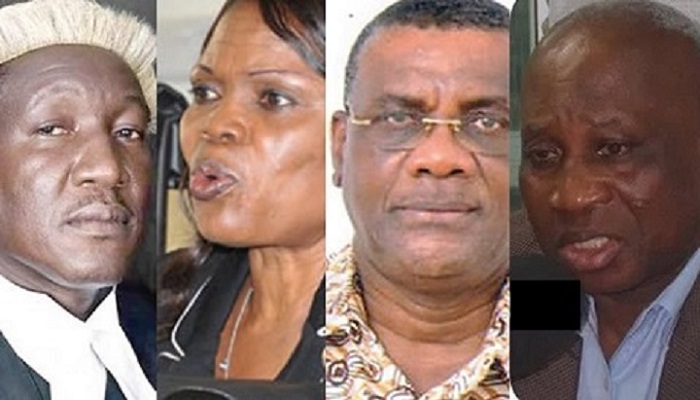 The President, Nana Addo Dankwa Akufo-Addo has appointed four Justices to the Supreme Court following the retirement of some long-serving justices.

Pursuant to his powers listed in Article 144 (2) of the Constitution, the President has settled on two Court of Appeal judges Justice Samuel K. Marful- Sau and Justice Agnes M.A. Dordzie, the former President and the Ghana Bar Association Nene A. O. Amegatcher and an academic Prof Nii Ashie Kotey, a former Dean of the Faculty of Law of the University of Ghana.

The former Chief Justice Georgina Wood retired on hr 70th birthday, 8 June 2017 after starting as a District Magistrate in 1974. She was followed by Justice William Atuguba, who is one longest-serving judges of the Supreme Court.

Justice William Atuguba ended his 44 years as a judge on Republic Day July 1. He has spent 23 years of his career at the Supreme Court after starting as a magistrate in 1974.

The Chief Justice Sophia Akuffo who turns 69 years in December is also expected to retire by 2020.

The new additions were made upon receipt of advice from the Judicial Council, a statement copied to Parliament said.

The statement signed by the president adds “I consulted with the Council of State by submitting the names and curricula vitae of the nominees for appointment to the Supreme Court.

“The Council of State has notified my office that the constitutional process for the appointment of the nominees as Justices is now complete.”

The president is, therefore, seeking the approval of Parliament for the appointment of the nominees as Justices of the Supreme Court.

Below is a copy of the statement: 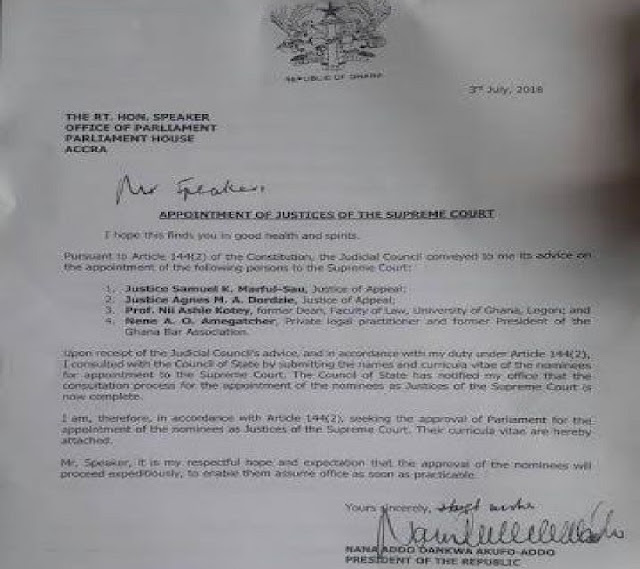