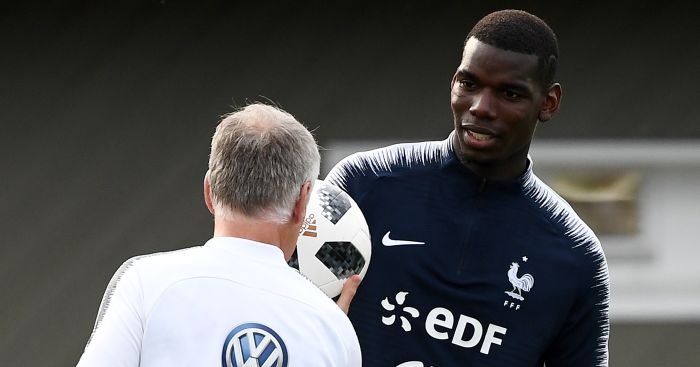 Manchester United and France midfielder Paul Pogba claims he gets more criticism than any other player in the world.

Pogba inspired his country to a nervy 2-1 victory against Australia in their World Cup opener on Saturday, although his winning effort has since been reclassified as an own goal.

The United star also played a key pass in the move which led to Antoine Griezmann earning and then scoring the opening goal from a disputed VAR penalty.

However, Pogba has endured a tough season at Old Trafford, including a fall-out with Red Devils boss Jose Mourinho that put his future at the club in the balance.

But the 25-year-old believes he can handle the pressure, claiming he got more stick when he was a youngster learning to play the game on the streets of Lagny-sur-Marne.

He said: “I am less entitled to make mistakes than others.

“I went from the biggest transfer in the world to the most criticised player in the world. The critics are always here. That’s football.

“When I was little, with my friends, we always used to take the p*** out of each other, saying ‘You were good, you were bad.’ It’s what happens on every football pitch and I treat the criticism now like I did when I was playing on the block as a kid.”