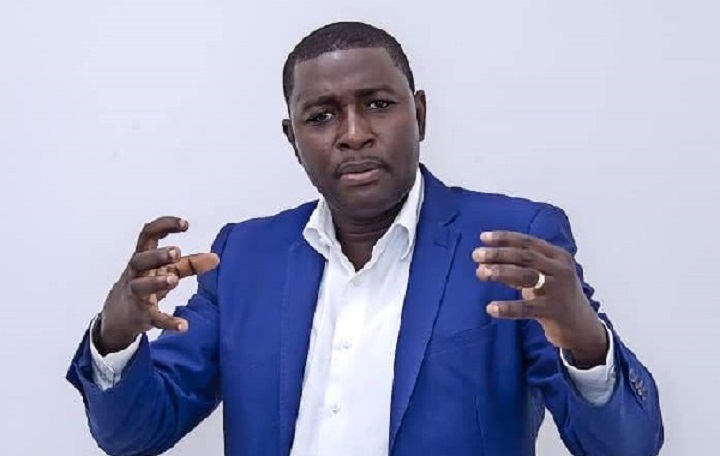 Salifu Maase, popularly called Mugabe, who is on a police enquiry bail, has predicted that “people will flee Ghana”, letting out a stream of invective on the head of popular preacher, Rev Isaac Owusu Bempah.

Some of the language he used were unprintable. His Radio XYZ programme, last Friday, was as provocative as it was vitriolic, and President Akufo-Addo was not left out of the raging session of insults, as Maase expressed his readiness to fight anybody on behalf of former President John Mahama, who truncated his four-month jail through a pardon in 2016.

“We all live in this country; some people will flee,” the presenter fired at the fiery preacher, declaring that “Owusu Bempah and others will run away with their sandals from this country. I am daring you this afternoon; if you are a man come out!”

He added “Owusu Bempah said that John Mahama is planning to kill Nana Akufo-Addo, Bawumia, Kennedy Agyapong and he, Bempah himself. That fake prophet … that pastor who has bleached his skin like that of a pig…that fake prophet who gave Nana Akufo-Addo a horn…that magician…that idiot had the guts to speak against John Mahama in this country all because Oman FM will give him the platform.”

“You have met me in my dreams seven times in less than two months and in all the encounters, I stopped you!” he boasted on radio.

“Let them go to Togo and Benin; they cannot do anything to me. Useless magician! Idiot!” added.

When Rev Owusu Bempah turned up at the radio station after being informed of what was going on, the story turned into a nasty scene that demanded the intervention of the East Legon Police.

In fact, a producer at the station, Kofi Oppong Asamoah, confirmed that Rev Owusu Bempah stormed Radio XYZ with some heavily-built guys, but said nobody man-handled anybody even though he said the preacher looked angry.

“He came with some bodyguards who were armed and they came into the foyer asking of Mugabe Maase, the host of an afternoon political show,” adding “we asked him why he was asking for Mr. Maase to which he replied that the radio presenter has made derogatory comments about him on the radio on Thursday.”

Later, Rev Owusu Bempah said having tried in vain to engage with Mugabe Maase to have him stop his tirade on him, he tried to approach him.

Both sides became enraged to such an extent that it demanded the intervention of the police.

“I went to the radio station to warn Mugabe Salifu Maase to stop insulting me and to dialogue with him. I wanted to find out from him why he was insulting me. I did not go there to fight. I did not go there with national security operatives. The radio station is even in the area where I live. I am on very good terms with them. I was there one day when someone called to ask whether I had a problem with Mugabe because he was insulting me. I decided to report the matter to the East Legon Police,” he explained.

When he reached the station, according to him, the staff ordered him to leave the place. The altercation which eventually ensued demanded the intervention of the East Legon Police who sent 20 officers to the scene.

Rev Owusu Bempah is in the firing line of the NDC as the former president has joined the fray; his words though not as harsh as Mugabe’s.

The former president denied the assertion of the cleric that he was planning to kill President Akufo-Addo and his Vice, Dr. Mahamudu Bawumia.

The claims, he said “are the imaginations of a warped mind and effusions of a tainted founder of a church who would say and do anything to attract attention to himself.”

The days ahead could prove politically restive as the opposition seems to be unfolding its strategies of going all out on its opponents, the ruling NPP, overt and covert.

Synchronized attacks on the ruling NPP and persons perceived to be supportive of it are being noticed on the political plain; the features fitting the contents of the ill-famed Ofosu-Ampofo leaked tape recording.