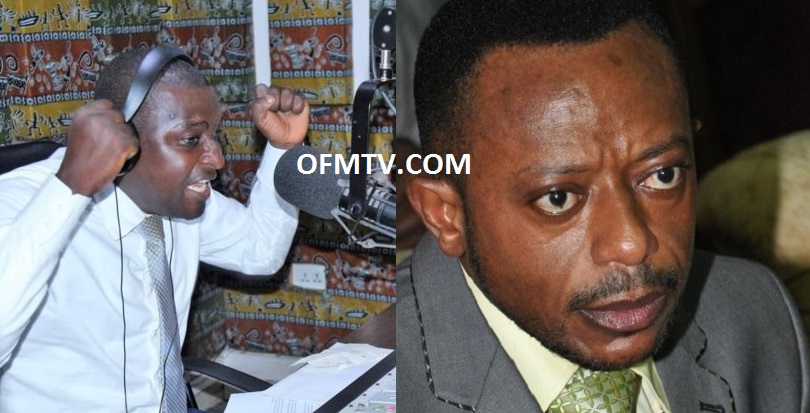 In an over an hour facebook live interview monitored by gh page, the popular pastor detailed that he went to the premises of Accra-based radio station to dialogue with Mugabe to find out why he kept insulting him on the radio.

“I didn’t go to Radio XYZ 93.1 FM to fight neither did I go there with the national security.

The said radio station is even in the same area I stay and I am in very good terms with them.

However, I was there one day when someone called to ask if I have a problem with Mugabe because he kept insulting me.”Rev Owusu Bempah said.

The pastor continued that, that same person sent him the video in which Mugabe was insulting him and because he is in good terms with the management of the radio station, he decided to go there for a peaceful dialogue.

“Initially, I decided to report it to the East Legon police but as the Bible says, when your brother wrongs you, go to him and even if he doesn’t listen, go with someone and if he fails to listen again then you can do whatever you want to do.

So, as a man of God, I decided to go there in peace to speak to the manager tell Mugabe to desist from insulting me.”Prophet Owusu Bempah stated.

The cleric also revealed that when he got to the radio station, he was received in peace by the receptionist until staff at the radio station attacked him with fierce demanding he vacates from the premises.

The reverend also visibly expressed his anger and started exchanging words with that particular staff, but stated category that the men who went with him were not wielding any gun.

Pastor Bempah continued that he went to the East Legon Police station to finally lodge a complaint and Salifu Maase stormed there with a group of people, numbered about 20, in an attempt to attack him.

He said it took the commander to intervene to bring peace.

Salifu Maase who was once convicted in the Montie 3 saga has been criticizing the controversial Rev Owusu Bempah for some days over his pronouncements that former president John Mahama was allegedly planning to kill some top officials of government including Vice President Mahamadu Bawumia.