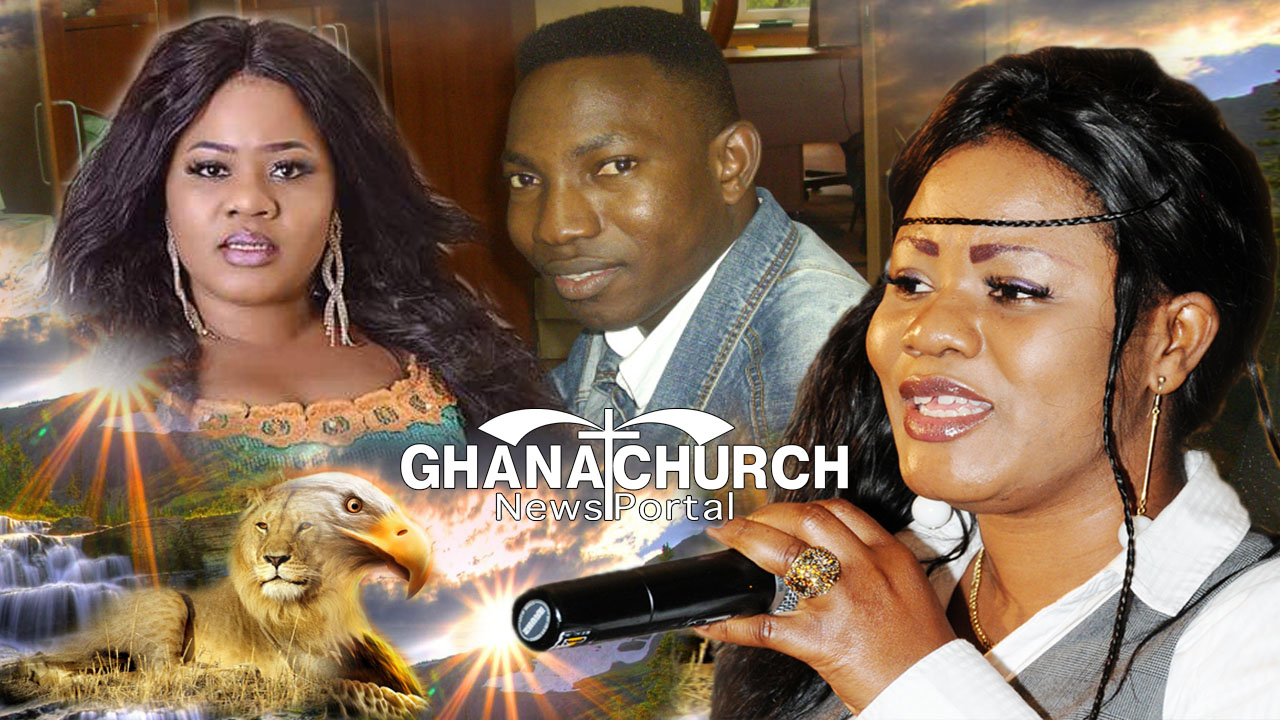 Report reaching AfricaChurches.com through GhanaChurch.com indicates that, Weeping Prophet Jeremiah, the Executive Director of “OFM Computer World Europe” and “OFM group of companies with registered number “281412740” is about to Expose Nana Frankie, Obaapa Christy and their so called manager Quame Daqua.

OFM group of companies have given Obaapa Christy, Nana Frankie, the manager and their team 24 hours, then all will be exposed to the government with just a phone call.

Also, in USA and Ghana OFM is registered as OIL FIELD MINISTRIES – OFM.

According to AfricaChurches.com, Obaapa Christy double identify and fake nkrataa will be exposed.

Obaapa Christy’s recorded voice and the manager insults are all kept with the company.

OFM group of companies is ready to stop that evil snatching marriage of Nana Frankie and Obaapa Christy.

Police will come into this case because of fake “nkrataa”.

Because, of Obaapa Christy’s current music album “W’agye Me” on YouTube.

You realize that Krataa (Nkrataa) is fundamental to abroad survival.

Nkrataa is the key that opens so many doors in abroad.

Obaapa Christy fails to remember, it was Weeping Prophet Jeremiah who took Obaapa to her first Banking in Germany, when she has not even met Nana Frankie.

So, we have copy of every document of her for every legal action.

1. Obaapa Christy has forgotten, she was singing in our church in Kumasi and we give her money.

2. Adwoa Christy, after married to Rev. Love Hammond, Weeping Prophet Jeremiah hosted them in his house at Dzorwulu – Accra and she ministered in our Dome-Accra Church.

The YouTube account Obaapa Christy team were talking about was created on July 19, 2018 and NO even Adsense Monetization, which every one can verify from GhanaNews1.com (https://www.youtube.com/channel/UC43oYbTe7nkdMQu1NrMpfFw/about)

4. Obaapa Christy fails to remember, it was Weeping Prophet Jeremiah who took Obaapa to her first Bank in Germany.

5. It was in Neugraben, where an old man signed for Edwards, the son of Obaapa Christy and Pastor Love Hammond. This means, very soon Edwards will be with the father in Ghana after this breaking news.

6. Rev Obaapa Christy fails to remember, it was Weeping Prophet Jeremiah who helped her when there was a problem in the office at Neugraben, is a quarter of Hamburg, Germany belongs to the borough Harburg

7. Christy fails to remember, it was in Weeping Prophet Jeremiah’s house in Germany, where Wife Snatcher Nana Frankie and Husband snatcher Obaapa Christy exposed their love?.

God or ELOHIM will take care of the number eight.

9. Pastor Hammond Love and Christiana Adwoa Twene who came into the limelight as Christiana Love and now changed his showbiz name to Obaapa Christy were married for nine years with three children.

Meaning Obaapa Christy is not divorce with Pastor Love.

Ghanaian gospel singer Obaapa Christy dumped her Husband for another man, Pastor Love said, It all started with Manager, then Uncle and finally Husband.

Therefore, she changed her name from “Christiana Love” to Obaapa Christy, after she separated with Pastor Love Hammond.

Finally, naturalisation is also possible for foreign nationals after six to eight years of legal residence in Germany.

However, non-EU and non-Swiss citizens must usually renounce their old citizenship before being naturalised in Germany.