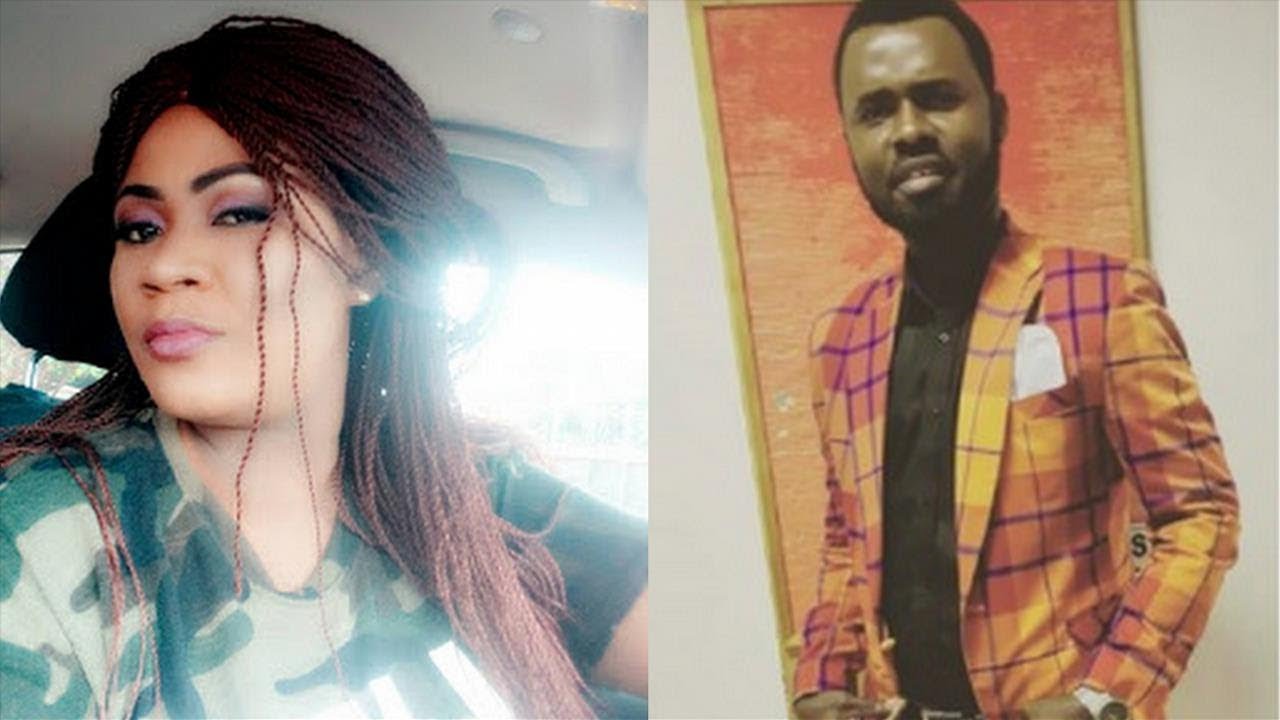 Pregnant girlfriend of Ghanaian gospel musician Ernest Opoku followed him  to Adom FM
as she heard Ernest Opoku will be on the Adom FM live worship programme host by Kwamena Idan.

Nayas the said actress who says she is pregnant for the spirit Man, threatenes to beat Ernest Opoku because it isn’t all women that will be taken for granted since Ernest doesn’t want to apologise for denying the pregnancy and also for going round and saying he will never apologise to her.

Nayas, the pregnant girlfriend of Ernest Opoku who is also known as the Gladys Mensah Boaku said emphatically that, She will go after Ernest anywhere he goes for a programme until Ernest express a sincere apology to her.

According to GhanaSky.com analyst, Ernest was taken through a back door by some of the workers of multimedia group of companies, where he escaped.