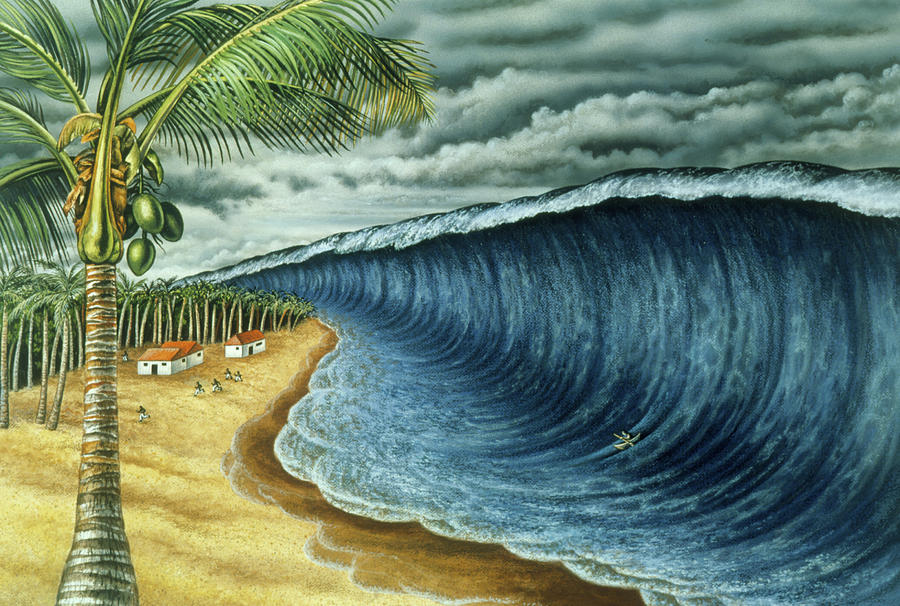 Report reaching GhanaChurch.com through AfricaChurches.com indicates that, a Muslim woman prays to Jesus Christ (Yeshua HaMashiach) for help. She dreams of a tsunami and realizes its real. As it approaches, she screams for Jesus to help her, and forgive her for her sin.

Hence, Watch video below and see what happens. Its a true story.

Also, this woman is now a former Muslim because when she called on the name of the Lord Jesus Christ, she was saved along with those villagers around her from a recent Tsunami Disaster which hit Indonesia.

JESUS is alive and sitting at the right-hand of His father. He is the Way, the Truth and the Life.

A tsunami is a series of large waves generated by an abrupt movement on the ocean floor that can result from an earthquake, an underwater landslide, a volcanic eruption or – very rarely – a large meteorite strike.

However, powerful undersea earthquakes are responsible for most tsunamis.

The fact that militant Muslims are enraged and desire to kill former Muslims who testify of the Power of Christ today, is evidence that Islam promotes the same hatred for God and Jesus that drove people to crucify Jesus Christ on a Roman cross.

(Ephesians 2:1) It is the same hatred that drives Atheists and others who serve “the god of self” to reject and dismiss the good news of Jesus, because God is Holy and holds people accountable for how they live.

(Romans 1:16-32)  And this also goes for those who call themselves “Christians.”

There is a judgment for those who claim to know the Lord Jesus. Some of those who call themselves Christians, are not, because their heart is not for the things of God.

They just want to just get by doing their own thing and not represent Christ on the earth.

Why? Because when Jesus Christ sees certain people (even though they may call him Lord Lord) He will say to them “Depart from me I never knew you?

They did nothing for the poor, hungry, those without clothes, and did not visit those who were sick or in prison.

You cant shuck and jive talk your way into Gods heaven. God sees right through it.

Those who misused their God-given talents and abilities for themselves on Earth, as scripture says buried them in the ground, God Himself calls them wicked and lazy servants in Matthew 25:26.

God then calls them an unprofitable, worthless servant and are caste into outer darkness where there is weeping and gnashing of teeth. (Matthew 25:30) And Carlton Pearsons Gospel of inclusion cannot save you.

Some of them act just as bad and wicked as experts in the world.

Most noteworthy, God will hold everyone accountable for what they go do with Jesus and how they reflect his life on the earth.

Even more, many Christians in America need to get on their faces and repent make a 180 degree turn toward God and sit at the feet of Christ and ask God for mercy and forgiveness.

When Jesus Christ said, I AM the Way, the Truth, and the Life, no one comes to the Father except though Me in John 14:6, He meant what He said.

This is why we all need the mercy of God and a heart to serve Him as the Lord (Owner) all the way to eternity.