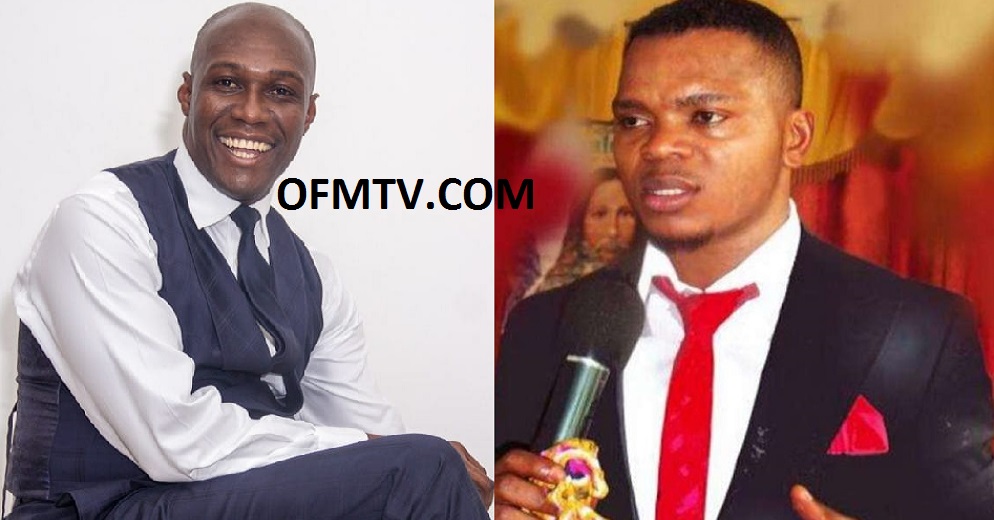 In recent video, Bishop Daniel Obinim is seen claiming two of ‘angels’ who are his ‘friends’ had wanted to punish the the pastors for talking evil about him (Obinim) but he had to beg them to stop.

But he pleaded with Nimokafrim and Ayɛtɛfrɛm to abort their plans because he felt the other pastors were also training other people in the work of God.

According to Obinim, he told his wife, Florence, about his conversation with his ‘angel friends’ who he claimed belonged to the Cherubim and Seraphim group of angels.

Ghanaian prophet has finally revealed what he describes as top secret, the practices of self-styled Bishop, Daniel Obinim.

According to the head pastor of Alabaster International Ministries, Prophet Dr. Kofi Oduro, names of Obinim’s supposed two angels’ ‘Nimokafrim’ and ‘Ayatafrim’ are known gods in neighboring Togo and Benin. Speaking on Accra-based Peace FM, Prophet Oduro revealed that there is nowhere in the Bible or in Christian doctrine that some Angels are called Nimokafrim and Ayatafrim.

”Anyone can research to find out from Benin or Togo. It is in these two countries you’ll find ‘Nimokafrim’ and ‘Ayentefrem.’ They are names of gods,” he said. The renowned preacher in his argument indicated that human beings have not been given powers to fly and vanish as Bishop Obinim claims.

Therefore, he [Obinim] may be reading from different Bible and some Christian literature he cannot be sure of its source. ”All those citations were incantations that were being recited, which are not of God, but practices of idol worship and witchcraft.
We need to let people understand that humans do not change or vanish,” he cautioned.

Supporting his argument, Prophet Oduro quoted Zephaniah 1:4 to explain that there are idolatrous priests, Baal priests and true priests of God. The respected Prophet who was clearly not happy in his conversation advised Christians to be watchful of God’s missionary work, rather than putting their trust in the hands of some individuals.

Daniel Obinim was recently seen in a video telling members of his church about how he had to plead with some two angels to stop them from punishing some Ghanaian pastors on his behalf. The religious leader in a viral video gave the names of the said angels as ‘Nimokafrim’ and ‘Ayatafrim’.