How can a ghost sue me? – Kennedy Agyapong responds to Anas ¢25m suit 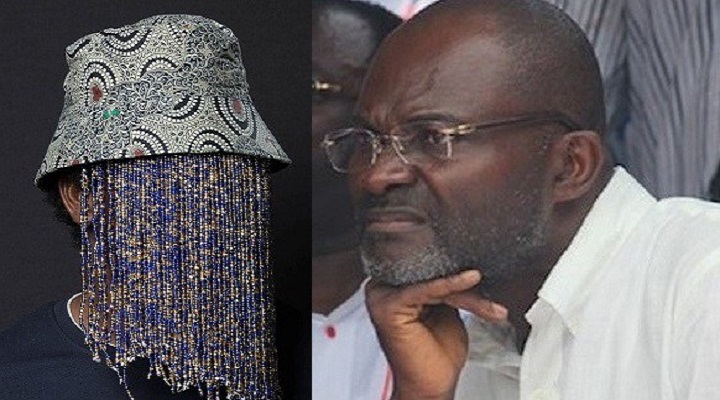 Tough-talking NPP MP, Kennedy Agyapong, has questioned the capacity of a mask-wearing journalist Anas Aremeyaw Anas to sue him because his character has been assassinated.

Tough-talking NPP MP, Kennedy Agyapong, has questioned the capacity of a mask-wearing journalist Anas Aremeyaw Anas to sue him for defamation when his identity remains unknown.
“Which ghost has taken me to court?…Who is this Anas” he said in a telephone interview on Asempa FM, Friday.

A week ago, Kennedy Agyapong accused the award-winning journaists of extortion after his private investigations company, Tiger Eye PI, indicated it was going to broadcast publicly rampant bribery and corruption within sports administration in Ghana.

In a sustained campaign, the Assin Central MP and party financier vowed to expose Anas and on his TV station. Net2 TV showed pictures purported to be him.

But his spokesperson and Godfather, Kweku Baako, a veteran journalist, asked Ghanaians to disregard the photos as being Anas’ true identity. He also challenged the NPP MP to go to court if he has evidence to back his allegations.

Anas Aremeyaw Anas has however, been the first to proceed to court alleging his character has been assassinated by the legislator.

Kennedy Agyapong, a highly connected figure in government said he is unmoved by the suit.
“He denied the photos so what is his case” he asked and called Anas cheap for demanding only 25 million cedis.

“I will face him in court with my evidence”, he said and told Anas to be prepared for the floodgate he has opened because there are several others who are ready to join him present evidence.
He said Anas is no better than ordinary Ghanaians and must be made to pay for the harm he has caused others.

“He is running to court with no shame”, Ken Agyapong called his bluff.