Popular Nigeria Prophet Joshua confesses before church members, “We cheated on each other, had unholy children” – Rev Joshua Iginla opens up on divorce [Video] 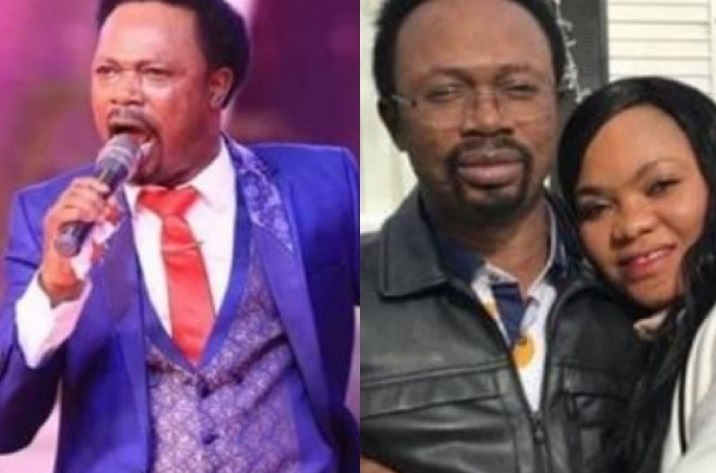 According to AfricaChurches.com reporters, the cleric, who revealed this at his church service in Nigeria’s capital city Abuja, said his marriage ended due to infidelity on both sides.

The senior pastor of Champions Royal Assembly, Kubwa, Abuja, Joshua Iginla, may have laid it all on the altar during a church sermon on Sunday.

The popular preacher apparently confessed to cheating on his wife, Yemisi, in front of his congregation.

– We cheated on each other, had ‘unholy children – Prophet Iginla opens up on divorce.
– Popular Abuja pastor confesses to committing adultery.
– My wife and I have children outside marriage, says popular Abuja pastor, Joshua Iginla.

It is unclear if his now estranged wife was present in church when he made the confession.

The shocking confession was streamed live on the church’s official YouTube page, Champions TV, on Sunday.

Mr Iginla talked about how he and his wife were headed for divorce and have spent the past few years as a united front while fighting adultery-related battles.

The pastor, who said he believed he is the first man of God “to do this”, said all he wants his peace of mind.

He told his startled congregation that his wife cheated on him and failed to turn a new leaf, a burden he has borne for the last seven years.

Mr Iginla also admitted to cheating on his wife which resulted in a child, just as she had a child for another man while they remained married to each other.

“When my wife cheated and had an ‘unholy’ child, I covered her up but when mine happened, she started blackmailing me,” the preacher said in his address.

The clergyman also lamented how some of his colleagues and “sons in ministry” ridiculed him and his marriage.

“This is why I urge us to pray for our leaders.

It’s not easy for me to come out in public to say this, but I warned my wife, she didn’t listen rather she preferred to turn me to a laughing stock’.”

He told his followers, “I and your mother in the Lord met and we had a wonderful marriage; before we got married, we started by checking our genotypes.

She was AA and I was AS. We had our first daughter, a wonderful child, and eventually we discovered she had sickle cell anemia.

I receive healing for people here with sickle cell and God has been doing miracles.

“I saw it as a battle and a challenge for me as your father which is a trial of faith for me; it is not a problem for me.

I embraced my daughter and we had a good relationship. I may have been the first man of God to do it in this fashion but that is how I was led to do it.

I want you to throw your stones at me, abuse me, insult me and I will take it but I want to stay alive, if not for you, for my destiny.

“We later discovered in the course of time that she (Yemisi) was actually AS and I was AS. No problem. It was not a battle but one thing led to another.

What happened was what would make a man divorce his wife scripturally and I had the backing for that.

But I had to cover it up to be sure that my marriage moved with your mother and that led to so many things.”

He said because he was a man of God, he could not divorce his wife to prevent his followers from saying a man of God had parted ways with his wife.

Mr Iginla who runs a thriving church in Kubwa Abuja is renowned for his philanthropy as well as for gifting cars and cash gifts to Nollywood stars.

He made news headlines in 2016 when he gifted six Nollywood actors and actresses a Hummer jeep 3 series, Mercedes G-Wagon and Mercedes CLS 550 to commemorate his birthday.