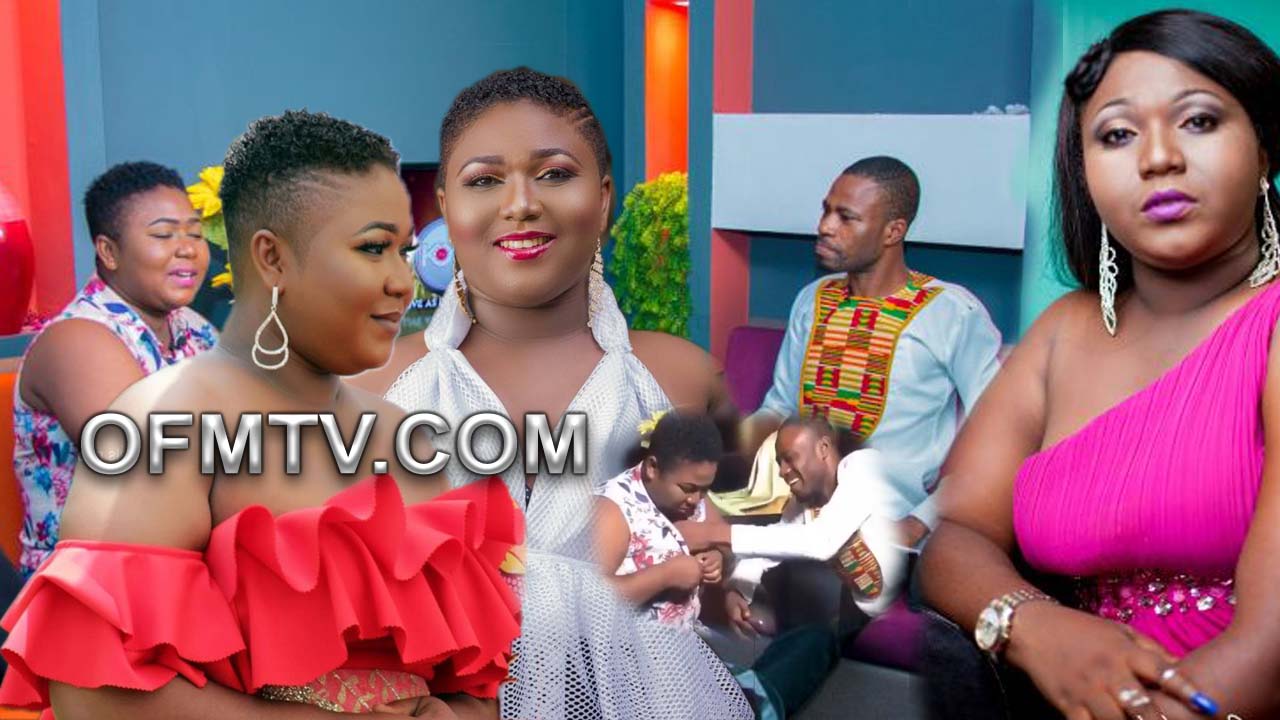 Kofi Adoma’s hand was found in the private part of an actress during an interview–the question is what really made Kofi Adoma accept an offer from the actress to ‘mash’ her breasts?
Kumawood actress Xandy Kamel, who has starred in about 20 Kumawood films in an effort to prove her huge boobs ain’t artificial, was seen aiding Kofi Adomah to fondle her breasts.

Kofi who seemed a bit shy, withdrew himself when the actress opened the button of her shirt for him to put his hand into her bosom to really feel it.

The ‘mashing’ of the actress’ boobs by Kofi Adoma was as a result of text messages from viewers asking him to have a feel of the boobs to ascertain whether it was original or fake boobs.

Kofi Adoma from the video hesitated but that actress insisted that he touches and ‘mashes’ her boobs to prove to the viewers that her boobs aren’t fake.
Take few minutes and watch how Kofi Adoma ‘mashed’ the actress’ boobs like kenkey.