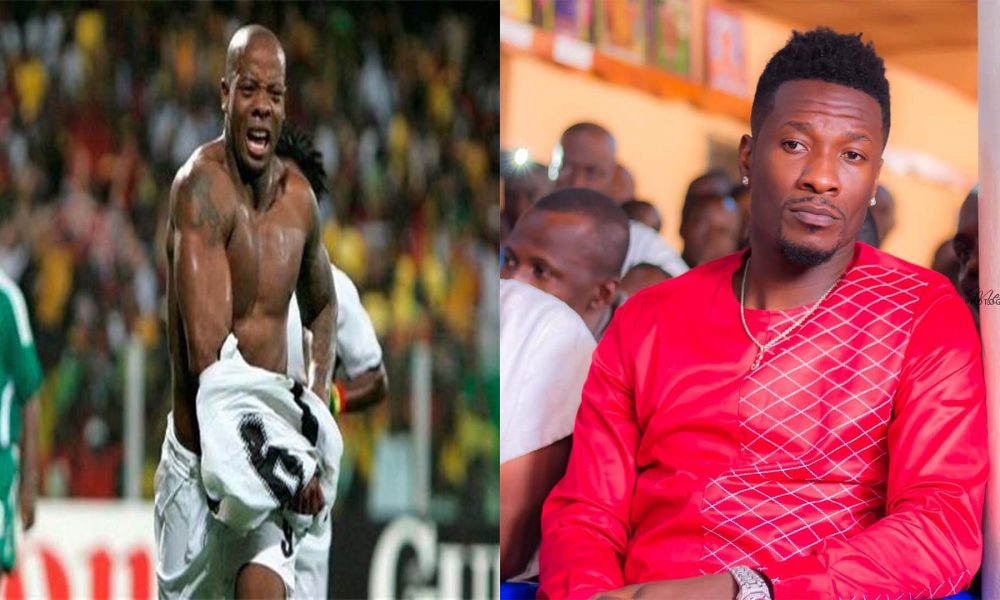 General Captain of the Black Stars Asamoah Gyan has reacted to the tragic death of Junior Agogo.

He died on Thursday in London at the age of 40 after a long battle with stroke.

Agogo will be remembered fondly for his contributions at 2008 Africa Cup of Nations on home soil where he scored three goals in six outings as the Black Stars settled for a third-place.

The former Nottingham Forest and Zamalek player spent most of his professional career in England and scored a total of 113 goals in 350 league games over 15 years.

Many Ghanaians and football lovers across the globe have paid their tribute to Agogo on social media.

Gyan was particularly stung by the death of his former national teammate; “Gutted..Thanks for the memories JUNIOR???????????? R.I.P bro” he tweeted.