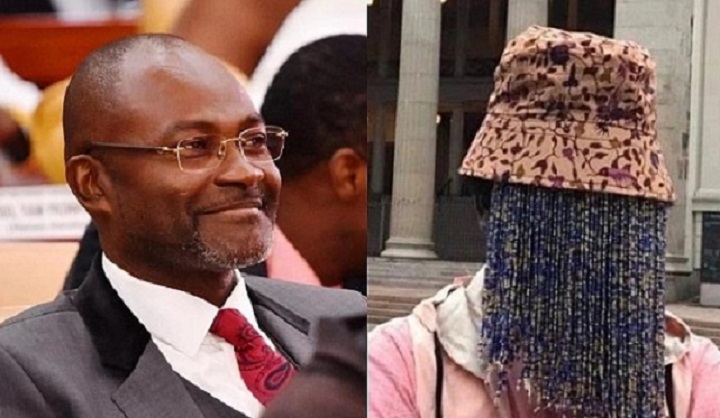 The New Patriotic Party (NPP) Member of Parliament for Assin Central, Kennedy Agyapong, has revealed that some big men within the party asked him to destroy renowned investigative journalist Anas Aremeyaw Anas.

The controversial politician confessed that after mounting a spirited defense for the party, some members with the NPP have now decided to embarrass and destroy his reputation.

Mr. Agyapong in the wake of the Number 12 documentary, which exposed massive corruption at the Ghana Football Association leading to the resignation of GFA President Kwasi Nyantakyi, attacked Anas on several occasions calling him a fraud and a criminal person.

He further released some pictures he claimed were that of the investigative journalist.

But in an interview on Oman FM, the NPP firebrand added that he will not seek a re-election due to how the NPP is embarrassing him after he was used to destroy Anas and the Tiger Eye PI firm.

“After mounting a spirited defense for the party against undercover journalist Anas Aremeyaw Anas, I was disgraced in parliament like a child,” the fuming Assin Central lawmaker said.

He added: “Look at how the party is using me and eventually will disgrace me. I have had enough and I am quitting, I am telling you in plain words.

Before the Anas video came out, those who had the chance to preview it were alarmed and knew it will put the party in a bad light.

They sent emissaries to my house at dawn to go and defend the party; thereafter they disgraced me in parliament.

“Anybody who is at the NPP headquarters lobbying to be a Minister if I am not an MP he cannot run me down.

Nobody can also come and ask me to leave my house at 7am and go to defend the party on radio or television. Politics is not the only means through which one can make it.

I am tired of NPP and the embarrassments.”

“I have decided not to contest again because of NPP and their conduct.

The way they are using me and making me to face all sorts of embarrassment I do not think I can continue.

You can record and go and play to them.

Where I have lived my life up to and they are treating me, I am calling it quits,” Mr. Agyapong stated.