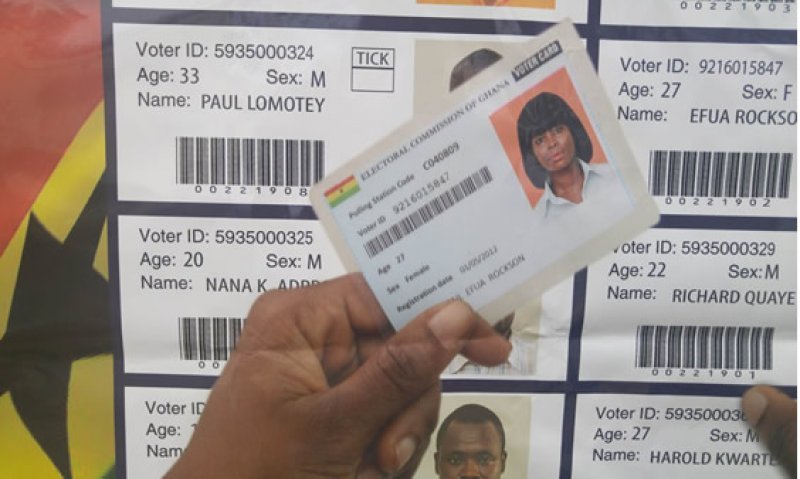 The Electoral Commission has announced it will compile a new voters’ register ahead of the 2020 presidential and parliamentary election.

The decision was reached Wednesday at an Inter-Party Advisory Committee (IPAC) meeting, four years after the Commission rejected the idea for a new voters’ register to be compiled.

Calls for a new voters’ register intensified in 2015 but were rejected by the EC, triggering series of protests from pro-New Patriotic Party groups which argued the then register for the 2016 general elections was bloated.

However, a panel chaired by the late Justice V.C.R.A.C. Crabbe was subsequently constituted by the EC to look into the validity of the calls for a new register.

After soliciting views from stakeholders and Ghanaians, the independent panel concluded the arguments by the NPP for a new voters’ register were “unconvincing” and accordingly rejected same.

“The panel is of the view that the responsibility for having a clean and credible register is the shared responsibility of all citizens of Ghana,” the EC said in a statement at the time.

But IPAC after extensive deliberations on the matter on Wednesday, March 27,agreed for a new register to be compiled for the next elections which is less than 2 years from now.

A statement from the EC said “the Commission will compile a new voters’ register ahead of the 2020 presidential and parliamentary elections,” but did not give details as to when the exercise will be conducted.

At Wednesday’s meeting, it was also agreed among stakeholders for a limited registration of new voters to be organized by the EC in May ahead of the upcoming district level election and referendum.

The limited registration exercise, the EC said, will take place across all its district officers nationwide.

It said the district level elections and the referendum will be held the same day in the last quarter of 2019.

The EC said the timetable and roadmap for the district level elections, the referendum and other activities of the Commission will be made public in the first week of April this year.

Meanwhile, the EC said it has begun inspection of political parties’ offices across the country and that “a comprehensive report on the findings of the inspection would be made available to stakeholders by the end of May 2019”.

On the issue of audited accounts of political parties, it the EC has since March 21 this year published the report as required by law, but observed that most of the audited accounts submitted by the parties did not meet international audit standards.

In view of this, the Commission has agreed to prepare a draft Constitutional Instrument to regulate and streamline the format of financial returns and audited accounts of political parties.