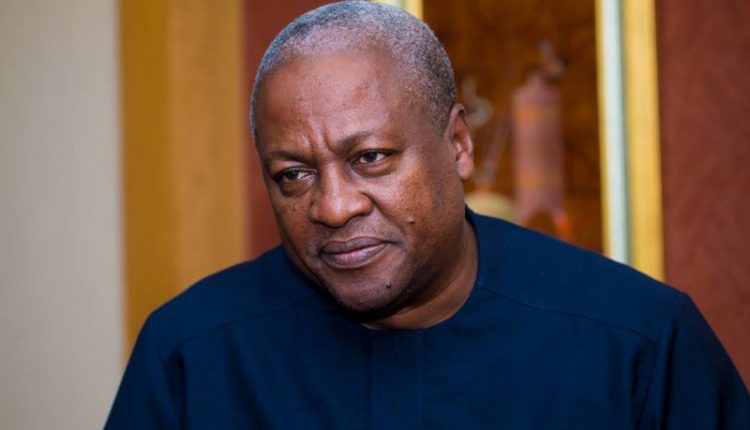 ohn Dramani Mahama is a Ghanaian politician who served as President of Ghana from 24 July 2012 to 7 January 2017.

It’s turning out that Ghana, under the Mahama administration, spent about $6 million on rent on its foreign missions.

It was for this reason that the current government has decided to make outright purchase of a building in Oslo for its newly-established mission in Norway.

The $6 million rent, according to observers, is unsustainable, and it’s better for the country to go for outright purchase.

Currently in Norway, Ghana could be spending not less than $45,000 every month on rent if the option of outright acquisition of the property is to be jettisoned.

He said on Newsfile, a Joy FM news analysis programme on Saturday that the Foreign Minister, Shirley Ayorkor Botchwey, cannot be faulted for the price of the facility.

“I think the price for the facility is in order because it will become our property,” he said.

The Oslo property debate was started by NDC MP for North Tongu, Samuel Okudzeto Ablakwa in Parliament when he tried to accuse the Foreign Minister of inflating the price for the building which reports say is valued at $12 million.

President Akufo-Addo described the allegation as bogus during his encounter with journalists last week.

According to Kweku Baako Jnr, Norway has proper systems for determining the cost of property unlike Ghana where arbitrary prices are set without any checks.

“It is not a question of somebody asking another person to inflate the figures so that we can have a cut… you can’t do it without being caught.”

Explaining further, he said his checks in Parliament showed that “Oslo, Norway was not included in the documents submitted to the plenary for deliberation and approval before the committee in parliament.”

“Okudzeto Ablakwa had called the chairman’s attention to some other information he had relating to the Oslo thing. The Chairman and Ablakwa came to an agreement that they were going to the floor of the house with the instant document, excluding the Oslo bit for deliberation and approval.”

He, however, said that Mr Okudzeto Ablakwa brought in the Oslo, Norway issue in his contribution on the floor of the house.

“The minister, whilst talking, mentioned Norway relative to established mission not purchase of property or properties.”

“As we speak, we established a Mission on November 21st. The minister has given the address. We have not bought a property though we have established a residence mission.”

The senior journalist argued further that “the intention to purchase two properties is distinct from what the minister said in the Hansard.”

“Okudzeto Ablakwa, in expressing his reservations, proceeded to bring in what he and his chairman had agreed to hold on to for the minister to respond to the query. It was like a preemptive strike.”

He said the Majority Leader was ‘brilliant’ in handling the issues and said the leadership of the house had told Okudzeto Ablakwa to channel his grievance through the appropriate committee.

“But he rather increased the noise level and partisanship was brought into the whole thing.”

“If you don’t approve you cannot spend. I am talking parliamentary business.”

A former Deputy Finance of Minister under NDC, Mona Quartey, who was on the panel, could not fathom why the government should use part of a loan facility secured by then NDC government from Societe Generale for the country’s missions abroad to finance the deal.

“We can’t afford the property. We are borrowing to finance this property,” she insisted.

Government of Ghana, in 2016, contracted a $50 million loan facility from Societe Generale Ghana to finance the rehabilitation of Ghana’s missions abroad; part of the money is what is being used to purchase the mission in Norway instead of rent which will cost the country about $45,000 every month.”