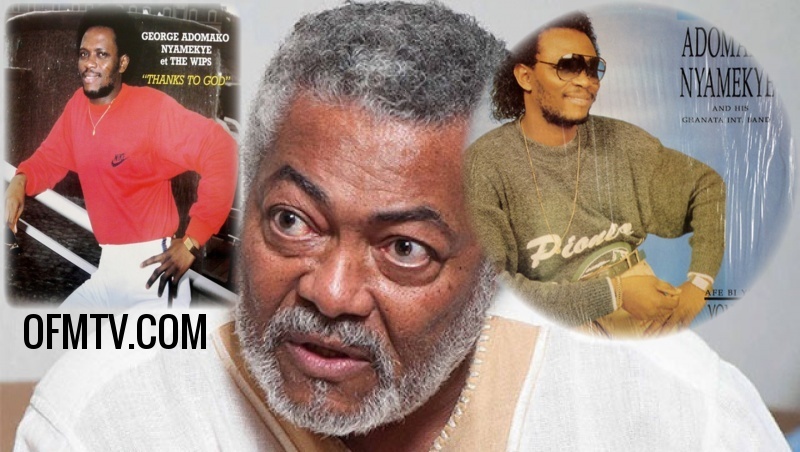 Report reaching GhanaSky.com indicates that, those born around 1980 s’ don’t know much about him Ex-President J.J. Rawlings. Former President Jerry John Rawlings is the most wicked and dangerous President ever lived in Ghana according to video source.
With so call revolution, J.J. lined up all the Supreme military counsel members of Parliament as the ruling party of Ghana at the time, and short all of them at firing squad.

This is not a made up story. Nana Adomako Nyamekye was very young at the time. JJ is a monster and a criminal . He killed all our leaders, because he knew he could not be in power for long if our leaders were not wiped out . It’s a pity our youths don’t know anything about this wicked man Ex-President J.J.  Rawlings.

Ex-President Jerry John Rawlings is a former head of state and president of Ghana. Rawlings initially came to power in Ghana as a flight lieutenant of the Ghana Air Force following a coup d’état in 1979.

Jerry John Rawlings born on 22nd June 1947 is a former head of state and president of Ghana. Rawlings initially came to power in Ghana as a flight lieutenant of the Ghana Air Force following a coup d’état in 1979 and, after initially handing power over to a civilian government, took back control of the country on 31 December 1981 as the Chairman of the Provisional National Defence Council.
In 1992 Rawlings resigned from the Armed Forces, founded the National Democratic Congress and became the first president of the Fourth Republic. He was re-elected in 1996 for a further four years. He currently serves as the African Union envoy to Somalia.

Rawlings attempted a coup d’état on 15 May 1979, leading a group of military personnel in a coup attempt on General Fred Akuffo which resulted in him being arrested, imprisoned and facing a death sentence.

However, a speech he gave during his trial resonated with a large section of the public that rose up in his defence. Consequently, on 4 June, soldiers sympathetic to his motivations broke him out of jail, and he led a revolt of both the military and civilians which overthrew General Akuffo and the Supreme Military Council, effectively leaving him in charge.

Rawlings and the soldiers around him formed the Armed Forces Revolutionary Council (AFRC) and conducted what it termed “a housecleaning exercise”, whose aim was to purge Ghanaian society of all the corruption and social injustices that they perceived to be at the root of their coup d’état.

The AFRC organized an election which was won by Hilla Limann of the People’s National Party (PNP). On 31 December 1981 Rawlings and together with some soldiers and civilians took advantage of new year festivities organized by Limann and overthrew the Limann government, citing economic mismanagement. Rawlings then installed the Provisional National Defence Council (PNDC) with himself as the Chairman.

In 1992, Rawlings retired from the military and set up the National Democratic Congress (NDC). He legalized political parties and organized Presidential and Parliamentary elections, in response to demands for a more democratic process concerning the governing of the country. Rawlings and his party won with 58.3 percent of the vote, with outside observers declaring the voting to be “free and fair”. In 1996, Rawlings went on to win a second term as President.

After two terms in office, barred by the constitution from standing in any election, Rawlings endorsed his vice-president John Atta Mills as presidential candidate in 2000.