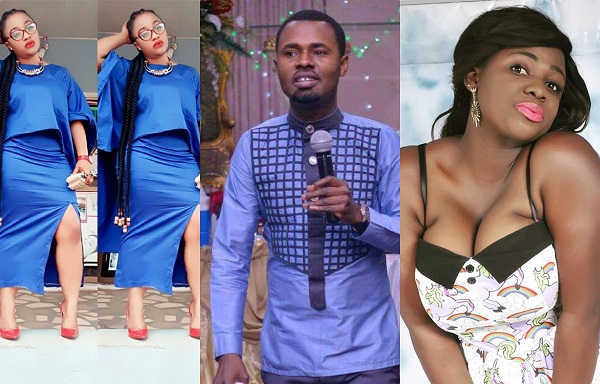 Renowned Ghanaian gospel musician Ernest Opoku has finally reacted to claims by actress Nayas that he asked her to abort their three-month-old pregnancy.

The musician in a recent interview made it clear that he is a human being but not an angel so mistakes are bound to happen and what the actress has said publicly in the past days are part of errors he has committed in the past.

He further asked the public including all Christians to pray for him to endure future temptations. According to him, the fact that he has made a mistake does not mean the Lord has forsaken him.

Ernest further advised the public to beware of the devil because it destroys human beings through women and other objects.

When asked about claims that he is married and have about 16 kids, the ‘Meyi Me Nyame Aye’ hitmaker denied the accusations. He further entreated the public not to believe rumours that he has a secret wife and 16 children. He made it clear that he has only two children.

Ghanaian actress Gladys Mensah Boaku, a.k.a Nayas not long ago accused Ernest Opoku of forcing her to abort their three-month-old pregnancy. The actress and movie producer in a series of media interviews made several damning allegations against the gospel minister but Mr. Opoku never uttered a word.

Watch Ernest Opoku in the video below: