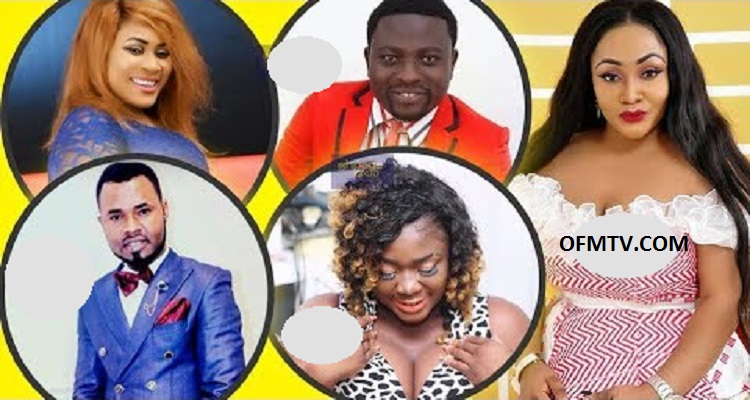 According to the presenter identified as Tagor on Golden Radio in Worcester said, Ernest Opoku and Bro Sammy are practicing what we call a sex triangle – Meaning, they have been sleeping with the same set of ladies.

He said that Kumawood actress and producer Tracey Boakye was the first to sleep with Ernest Opoku. And as a friend, Tracey went to praise Ernest’s sexual prowess to Nayas which encouraged her to go and test it for herself — And the outcome is what we are seeing today.

Meanwhile, Brother Sammy had also slept with Nayas, he added. He went on to reveal that, both Ernest and Bro Sammy have slept with a gospel musician called Francisca Nana Sarpong, the ‘atemuda’ hitmaker. To be specific, Ernest was the first to bang before Bro Sammy.

In effect, if Ernest sleeps with a lady, Bro Sammy will be the next to take his turn and vice versa. He further revealed Brother Sammy was the first to date Nayas.