Egypt vs DR Congo [2:0] Full Highlights And Goals At AFCON 2019, Egypt beat DR Congo to progress to next round 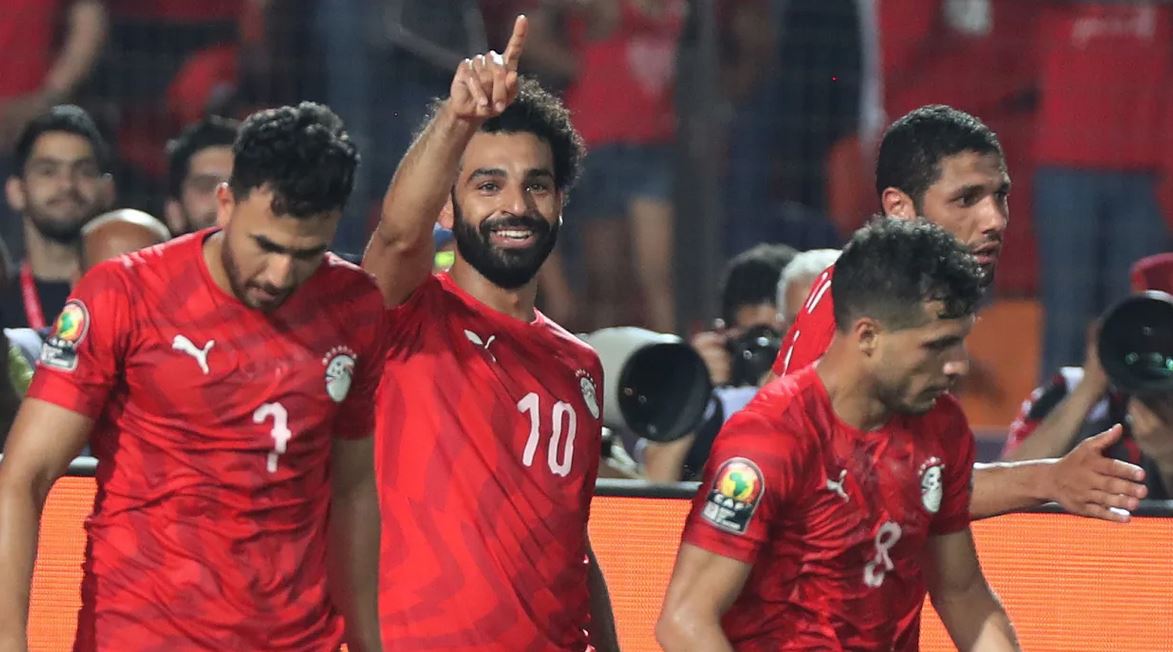 Egyptians will dance and sing their voices hoarse all night after The Pharaohs became the second team to book a slot in the Total Africa Cup of Nations Egypt 2019 second round after a 2-0 win over DR Congo in Cairo on Wednesday night.

After Nigeria beat Guinea 1-0 in Alexandria to go through, the host nation picked cue and progressed. DR Congo on their end are staring at a possible early exit from the tournament after losing a second consecutive game. 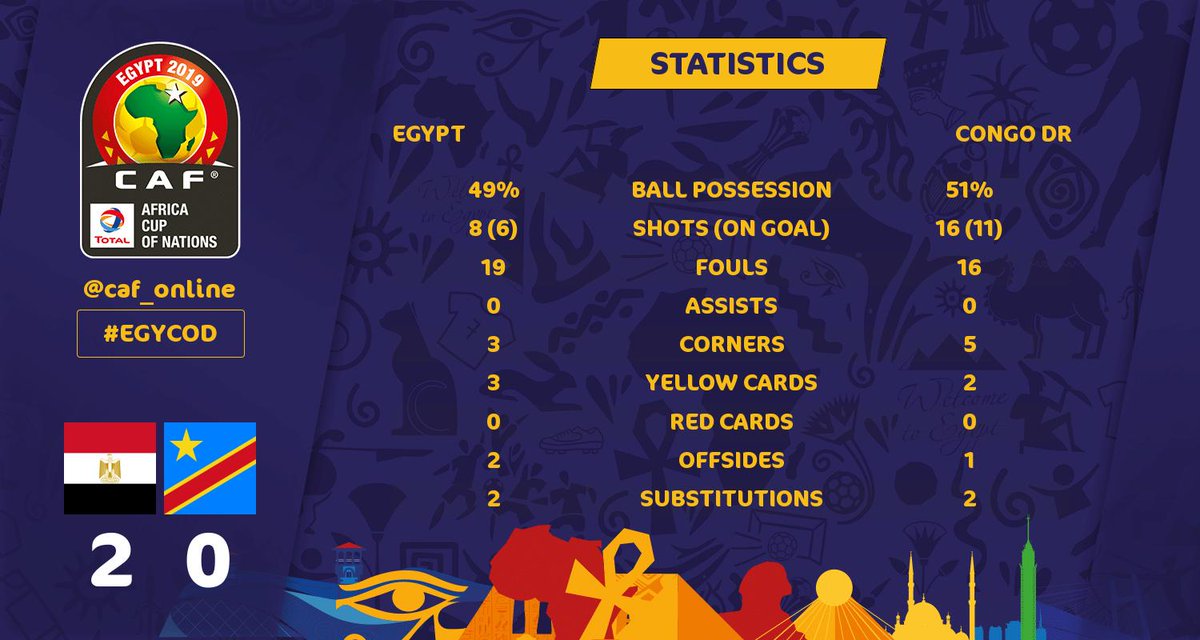 Salah lifted the roof off the Cairo International Stadium with one of his trademark finishes two minutes to the break as the home side finished off the half in an emphatic fashion, doubling their tally and sitting pretty on top of the tie against the Leopards.

DR Congo would feel aggrieved as they headed to the break 2-0 down having hit the woodwork twice. In the 10th minute, skipper Marcel Tisserand extended a leg to tap the ball goal-ward off a corner but it came against the crossbar.

Four minutes before Salah scored the second, Jonathan Bolingi Mpangi saw his looping header from the edge of the six yard box go beyond Mohamed Elshenawy but against the crossbar.

Save for those two scares, Egypt were more or less top of the proceedings, powered by a full to capacity stadium. Salah came close in the 4th minute when he picked the ball inside the box but his shot was deflected for a corner.

Egypt broke the deadlock in the 24th minute, skipper Elmohamady scoring his third goal in six games for the Pharaohs, tapping the ball home after the Congolese defense failed to deal with a Salah cross.

Salah himself forced DR Congo keeper Ley Matampi to a full stretch save on the half hour mark off a freekick. He finally got his goal in the 43rd minute after wrapping his favorite left foot well to curl the ball beyond Matampi.

Salah had been released with a delightful through pass by Mahmoud ‘Trezeguet’ Hassan who had dribbled from all the way back in his half.

Though Congo came back a determined side in the second half with Cedric Bakambu and Yannick Bollasie having scoring chances, Egypt held on for the win.

Egypt finish their group stage matches against Egypt on Sunday while DR Congo face Zimbabwe at the 30th of June Stadium.