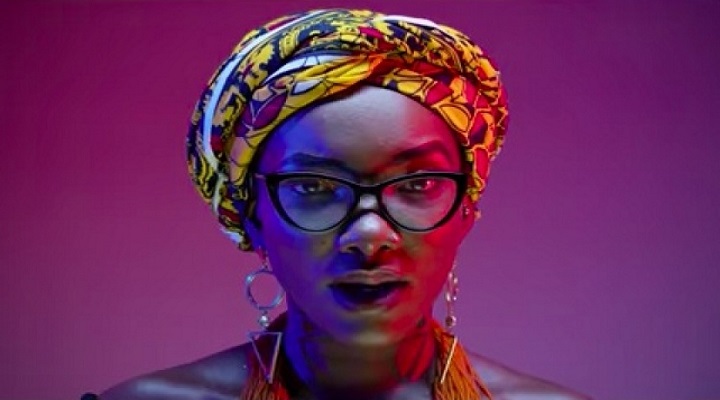 Several celebrities, personalities and top government dignitaries were present at the state house for the final burial funeral ceremony.
It’s an unfortunate reality but Ebony Reigns is really dead and she was buried today at the Osu Cemetery. She was laid in state to allow friends, family and colleagues to file pass her body and bid their final goodbye to her.

We are certain, if tears could bring back the dead, Ebony would have been returned to us but death has no mercy and sees not the tears that flow from the loved ones. 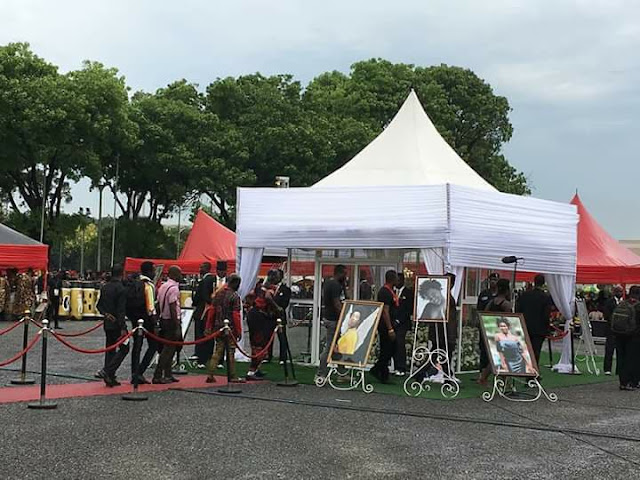 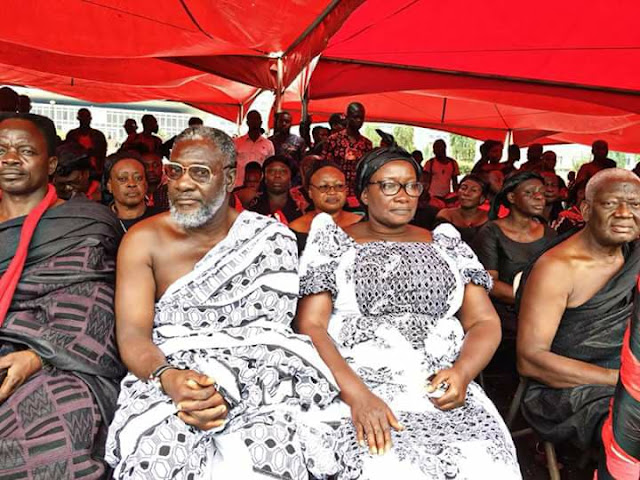 Several celebrities, personalities and top government dignitaries are present at her funeral to pay their last respect to her. This goes to prove that indeed, she was a legend, and people really loved her despite some of the criticisms she faced while she was alove.

Who are we to question death? As Christians, we believe she’s in the bosom of the Lord and would one day meet again. 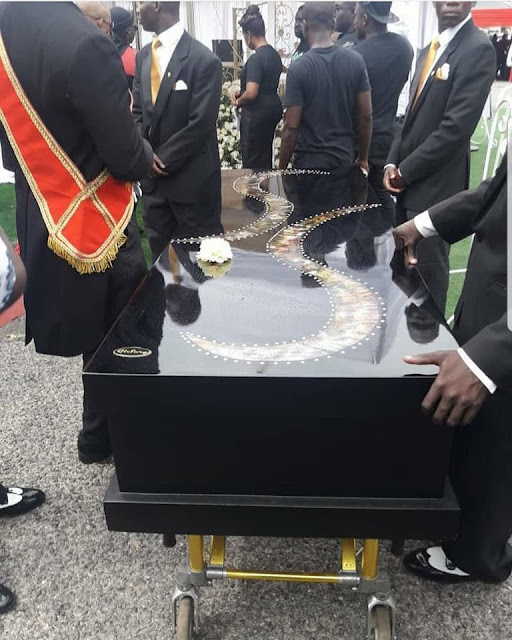 Ebony met her untimely death on Thursday 8th February 2018 after the Jeep she was travelling in run into a VIP bus near Mankranso in the Ashanti region. Her friend Franky Kuri and Atsu Vondee, a military officer who posed as a body guard also lost their lives in the tragic accident.