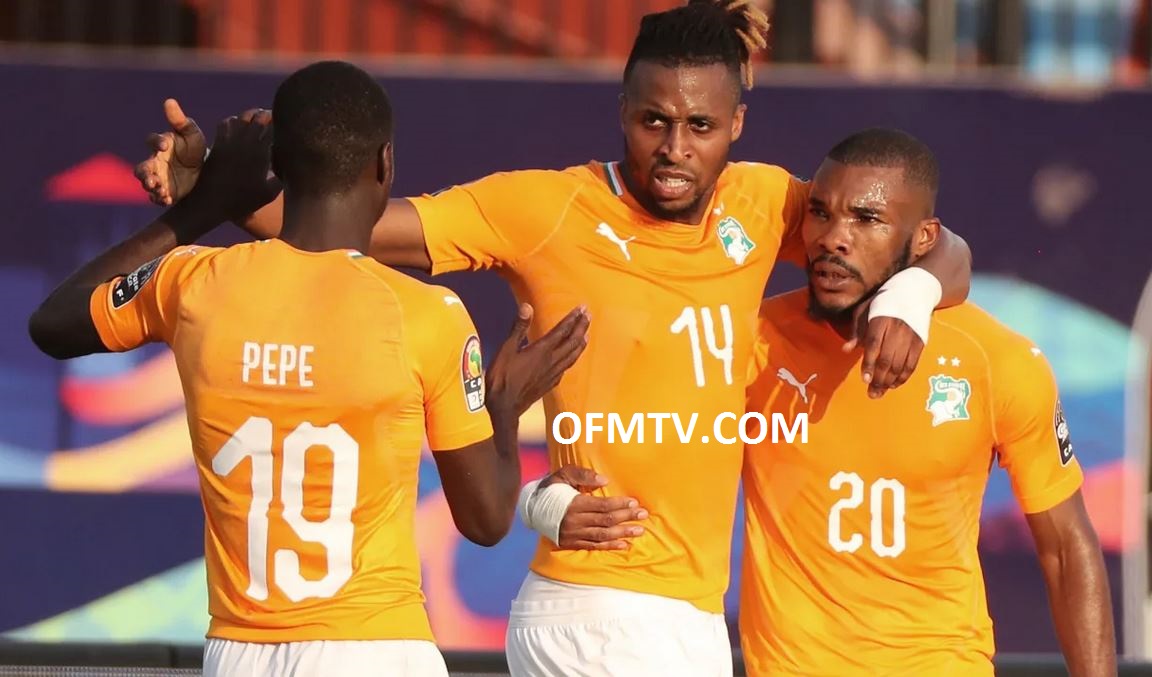 Aston Villa forward Jonathan Kodjia struck in the second half as former champions Cote d’Ivoire got off to a winning start in their opening Group D match of the Total Africa Cup of Nations Egypt 2019 at the Al Salaam Stadium in Cairo on Monday.

Kodjia made amends after missing a sitter in the first half to slip the ball between South African keeper Ronwen Williams’ feet and give the Ivorians the much needed three points to inject some belief into their campaign for a third AFCON title.

Despite a slow start, Cote d’Ivoire had some brilliant opportunities to break the deadlock within the opening 45 minutes of the game.

On-form Lille forward Nicolas Pepe was the most exciting in the Ivorian side with his runs on either wing and in the 31st minute he came close to breaking the deadlock when his well curled freekick came against the crossbar.

Two minutes on the turn, Les Elephants were handed a massive gift by South African skipper Thulani Hlatshwayo whose defensive header off a Serge Aurier lobbed ball went backwards and Kodjia raced to it.

However, facing keeper Williams one on one, the forward could not find the back of the net as he hit the shot straight at the advancing keeper.

Hlatshwayo meanwhile had South Africa’s best chance of the half when his header off a Kamohelo Mokotjo cross from the left went just wide off target.

With the heat cooling off in the second half, the tempo of the game was raised and Les Elephants got the better of the wave in the 64th minute with Kodjia sweeping home a cross from max Gradel on the left.

The winger was accorded space by the South African defenders before racing down the left and sweeping in a low cross.

Late on, Pepe came close to adding his name on the score sheet but Williams denied him with a brilliant one handed save from another freekick that was brilliantly curled beyond the wall.

Cote d’Ivoire now move joint top of the group with Morocco who won 1-0 yesterday against Namibia. The two face off in a mouth watering top of the table clash next Friday with Morocco tactician Herve Renard coming up against the side he led to the title in 2015.