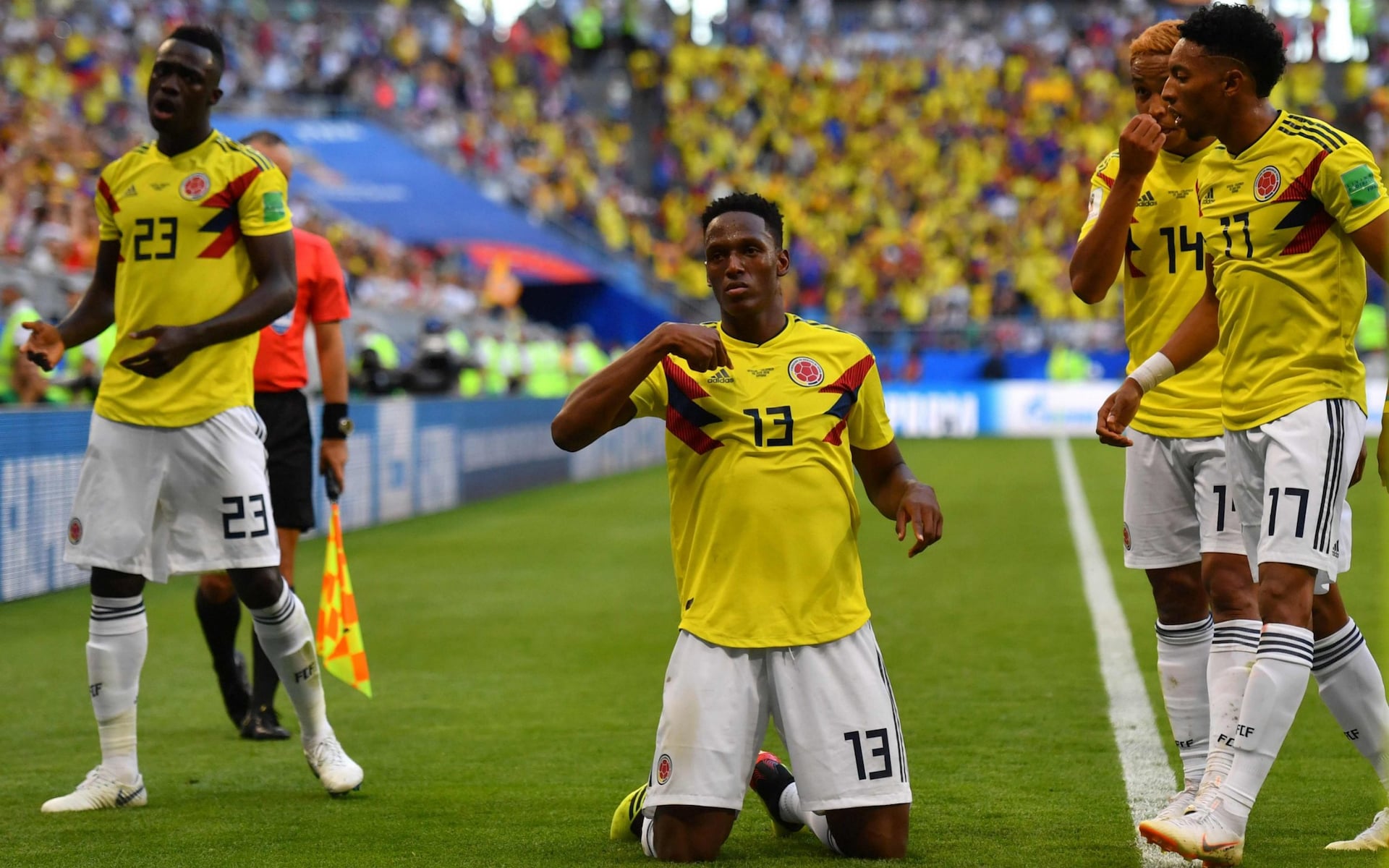 Serenaded by a joyous cacophony from their yellow-shirted army of supporters, Colombia advanced to the last 16 with this victory over Senegal. The Africans, meanwhile, were evicted when, after matching Japan in terms of points, goal difference and goals scored, their inferior disciplinary record undermine

The Colombians, however, advance into a knockout confrontation with a huge question mark over their most significant player: James Rodriguez limped out of the game after just half an hour.

“I am extremely concerned,” said Jose Pekerman, the Colombia coach. “It is a tough situation for my team. It is a topic that could overshadow everything else. But right now I don’t know where he stands to be honest.”

There must have been 30,000 Colombians in the Samara Arena, filling the place with an incessant Latin American rhythm. Their racket reached a crescendo when they took the decisive lead in the 74th minute when Yerry Mina powered in a header from a corner. It provoked probably the most embarrassing choreographed celebration since Brazil’s rocking babies, involving some synchronised swaying down by the corner flag.

But it was not the way they mark a goal that will have stuck in the mind of their next opponents. It was the way Senegal controlled the pace and flow of the game in the first half. Here was clear indication that the Colombians are anything but unbeatable.

Pekerman’s side had been hugely impressive in their previous outing against Poland. But Senegal weren’t Poland. The way the Aliou Cisse’s side harried and badgered was a pointer to what their next opponents might do. Like a budget N’Golo Kante, Everton’s Idrissa Gueye provided real snap in the centre, sniping and breaking up play, leading a first-half squeeze which meant there was none of the space to work the ball to Juan Cuadrado like the Poles had allowed.

It made matters worse when Rodriguez limped off straight down the tunnel after a flare-up of the calf problem that had constricted his contribution during the defeat to Japan. It was the last thing the Colombians wanted to see.

Indeed, Senegal could have taken the lead soon after he left when the referee awarded them a penalty after Sadio Mane went down under a heavy challenge from Davinson Sanchez. But, after being advised by his earpiece to check the video replay, where it was obvious that Sanchez had got his heel to the ball, Mr Mazic over-ruled himself. It wasn’t a foul, it was a superb intervention.

But Pekerman’s side did not allow the departure of their talisman to generate defeatism. Aware that a draw could jeopardise their further progress if Japan maintained parity with Poland, in the second half they really went for it. And they got reward, when, for the second game in succession, Mina, the Barcelona reserve centre-back, got his head to Juan Quintero’s beautifully flighted corner. John Stones and Harry Maguire, clearly, are not the only ones who know what they are doing at corner kicks.

From there David Ospina was obliged to make several smart saves to keep the lead intact, as Senegal, with Cisse frantically semaphoring from the technical area what was required, desperately searched for the equaliser that would have kept them in the competition.

It was a cruel way to go out for his team, the first ever to be evicted on ill-discipline. But as the coach himself said: those are the rules. And Colombia ensured they were not subject to such unfortunate arbitration. They did precisely what was needed to advance: they won the game.