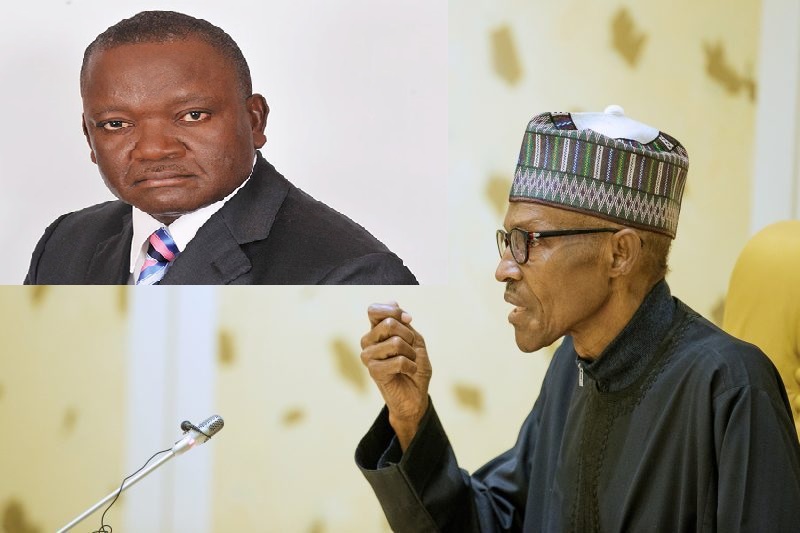 President Muhammadu Buhari has dissociated himself from any role in the plot by minority lawmakers in Benue State to remove Governor Samuel Ortom.

According to a statement by his spokesperson, Femi Adesina, “President Buhari will never be part of any unconstitutional act, and any attempt to link him with the inglorious past, when minority number of lawmakers impeached governors, will not stick.”

Mr Buhari and his party, APC, have been criticised for the role of security agencies in allowing eight Benue APC lawmakers sit Monday at the assembly complex to issue the removal impeachment notice on Mr Ortom who recently left the party. The APC lawmakers accuse Mr Ortom of corruption, a charge the governor denies.

The majority members of the 30-member Benue State House of Assembly are of the Peoples Democratic Party (PDP), the party Mr Ortom joined last week.

The action of the minority APC lawmakers and the role of the police and other security agencies in the crisis has been condemned by many Nigerians including Senate President Bukola Saraki and House of Representatives Speaker, Yakubu Dogara.

In his statement, Mr Adesina said President Buhari should not be dragged into the controversy.

Even while attending the ECOWAS/ECCAS Summit in Togo, strident attempts were being made to drag President Muhammadu Buhari into the unfolding drama between the executive and the legislature in Benue State.

Statements have been issued by different interest groups, insinuating that the President may have a hand in the development in Benue. This is paranoia at its worst, coming from people who have wittingly positioned themselves against the clean-up of the country, and the way we do things. They prefer business as usual.

President Buhari will never be part of any unconstitutional act, and any attempt to link him with the inglorious past, when minority number of lawmakers impeached governors, will not stick. It will simply be like water off the duck’s back. Those with open minds know this, but those who cavil would rather source everything untoward to the President. It is murky ground in which they are now marooned, as fallout of their resistance to change in the country.

When it suits them, they preach separation of powers and true federalism, and in another breath, they call on the President to interfere brazenly in affairs at state level.

President Buhari will always stand by all that is noble and fair, and will reject attempts to drag him into infamy. People who stoke fires by deliberate acts of omission or commission, and then summon the President to come and put it out will find that this President will be guided by the Constitution at all times, no matter the attempt to entangle him in unwarranted controversies.