Bill Gates is thinking of wiping malaria from Africa, to zero malaria. 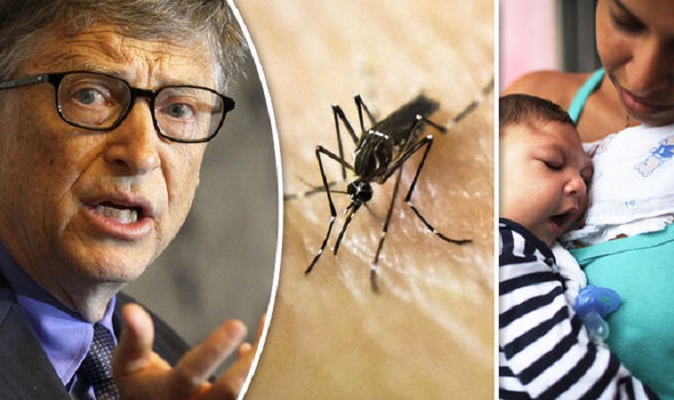 According to GhanaSky.com reporters, could this be the first country in sub-Saharan Africa to defeat malaria?, Bill Gates takes the next action on planet earth. Mosquitoes are small, midge-like flies that constitute the family Culicidae. Females of most species are ectoparasites, whose tube-like mouthparts pierce the hosts’ skin to consume blood. The word “mosquito” is Spanish for “little fly”.

Did you know, Bill Gates has the highest amount given to charity ($35 billion) among the greatest philanthropists?.

Mosquitoes keep me up at night, this animal kills more people in a day than sharks do in a century.
In the tiny African kingdom of Swaziland*, one of the most effective tools in the fight against malaria is a telephone number: 977.

When someone tests positive for the mosquito-borne disease at a Swazi clinic, a nurse immediately dials those three digits to report the case to the country’s national emergency response center. The call triggers a text message to the national malaria program team, which dispatches investigators—armed with computer tablets that have built-in satellite maps and GPS software—to interview the patient and test all people living within a one-kilometer radius of their home. A separate team is called in to reapply insecticide to the walls of homes in the community to help protect other families from infection.

Such vigilance is one of the reasons why Swaziland may become the first malaria-free country in sub-Saharan Africa, where most malaria deaths occur.

Swaziland’s well-coordinated malaria program—including a robust surveillance and control system—has helped reduce the number of cases in the country by more than 90 percent since 2002. Now, Swaziland aims to eliminate malaria entirely within its borders by 2020.

Swaziland’s bold goal is evidence of the incredible progress the world has made against malaria. Between 2000 and 2015, the combination of increased donor investment, strengthened political commitment, and new tools (including artemisinin combination therapies, rapid diagnostic tests, indoor residual spraying, and insecticide-treated bed nets), led to a 60 percent decline in malaria deaths.

At the same time, the difficulties Swaziland has experienced trying to become malaria free are a sobering reminder of the challenges the world faces to reach its goal of eradicating the disease.  While the number of malaria cases in Swaziland has fallen to just a few hundred cases each year, tackling those final cases is more difficult than anyone imagined. Swaziland thought it would eliminate the disease by the end of 2015, and again by the end of 2017, but each time fell short of its goal. Last year, Swaziland saw its number of malaria cases rise sharply.

Globally, progress in the malaria fight has stalled. Further progress is in peril given the plateauing funding levels which make it impossible to fill remaining gaps in prevention and treatment of malaria and address the challenges of drug and insecticide resistance. After years of dramatic declines in malaria cases and deaths, the world is starting to lose ground. In 2017, the World Malaria Report showed that for the first time in years the number of malaria cases went up.

These setbacks should not lead to despair. They should serve as a wake-up call. As I told health officials at the Malaria Summit in London last week, the world needs a new strategy to meet the challenges ahead. That means developing innovations that will keep driving down malaria cases and malaria deaths, while tailoring interventions to address the specific needs of a country or region.

Swaziland is a good example of how countries can adapt their malaria control strategies to meet their unique circumstances. One of Swaziland’s biggest challenges is the cross-border movement of people infected with the disease from outside the country. Mozambique, Swaziland’s next-door neighbor, has one of the highest malaria burdens in the world. Workers from Mozambique may come into Swaziland with malaria. And when Swazis go to Mozambique, they sometimes return with the disease, which can then be passed on to their neighbors. Unpredictable weather also poses a challenge. The sudden spike of new cases last year was driven by heavier rainfall in the region, resulting in more mosquito breeding.

Swaziland and Mozambique are part of the Elimination 8 regional malaria elimination effort, which aims to wipe out malaria from eight countries in southern Africa. Last year, as part of that effort, Swaziland and Mozambique set up malaria posts along their border. As people go back and forth between the two countries, they are offered malaria tests and treatment to help prevent the importation of new cases. Since the posts were set up last year, thousands of people have been tested and treated and the national malaria program is optimistic that the number of cases will fall this year as a result.

At the same time, Swaziland remains committed to the painstaking work of investigating every new malaria case and responding swiftly to reduce the chance the disease will spread. The country also organized intensive media campaigns to warn residents and travelers of the danger of malaria and teach them how to protect themselves. Malaria diagnosis and treatment are free to everyone in private and public clinics.

I look forward to hearing more about Swaziland’s progress in the months ahead. If successful eliminating malaria within its borders, Swaziland can achieve a major milestone toward a goal once thought impossible—making Africa malaria free. I hope to see many more countries follow its lead.

* Just before I posted this, King Mswati III of Swaziland announced that the name of the country was changing to the Kingdom of eSwatini. In order to avoid confusion, I’ve used Swaziland in this post.