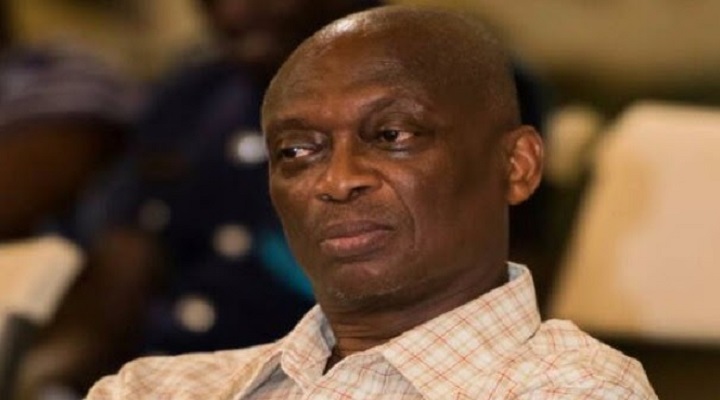 Kweku Baako Jnr is a Ghanaian journalist and the editor-in-chief of the New Crusading Guide newspaper.

The mentor of Anas Aremeyaw Anas, Mr Abdul Malik Kweku Baako, has explained the circumstances that led to the breach of confidentiality between President Akufo-Addo and Anas and led to the reporting of Kwesi Nyantakyi to the police ahead of the outdoor of the documentary on sports corruption. According to him, it was agreed that the Presidency would have responded to the exposé on the part that concerns President Akufo-Addo a day before or on the day the documentary was to be shown, however, that was not done.

Investigative journalist Anas Aremeyaw Anas’ latest work on sports corruption expected to be shown on June 6, 2018, is a joint project between Tigereye and the BBC.

However, even before the documentary is shown, there has been a reaction with President Akufo-Addo reporting the Ghana Football Association (GFA) President, Mr Kwesi Nyantakyi to the police for influence peddling and defrauding by false pretense using his [Akufo-Addo] name based on evidence captured in the documentary.

Nyantakyi saga: Presidency breached confidentiality – Baako Explaining the circumstances that led to the breach of confidentiality on Metro TV’s Good Morning television discussion programme Thursday, Mr Baako, the Editor-in-Chief of the New Crusading Guide newspaper said it was for ethical reasons that they couldn’t go and put out the documentary without giving President Akufo-Addo an opportunity to view and respond.

That, he said, would have been “criminally irresponsible so that opportunity was offered him [Akufo-Addo].

“We knew that the project was not complete and the time it would be outdoored to the public, the date had been stated as 6th June.”

“Let me be honest, the President [Akufo-Addo] watched some few minutes, about 5 minutes or so of the video project, those portions that concern the president.”

He said the two sides agreed to let the president watch those portions that concern him and interview him for his reaction since it was all part of the investigative process, “and they graciously agreed, and it was also good for the other side so that nobody gets hints of what was coming.”

“It appears that what triggered the presidential intervention or response was that on Kwami Sefa Kayi’s show [Kokrokoo] on Tuesday he dropped a hint that the president had been mentioned, the vice president too had been mentioned and that gave the impression that we too were breaching that confidentiality because Kwami was perceived as being part of us, I [Baako] might have told Kwami so how did he get to know and why did he drop it?

“And then that particular disclosure was picked up by various people, social media ….as if that meant the president was guilty or implicated, so that triggered their response, very unfortunate, I’m disappointed but I understand. I debated, I protested, they made their case, I evaluated and I realized that well here is a situation you have a whole president, he had given his word, he will keep cool till the day or two before and then suddenly out there, its been said that he was mentioned, it’s a huge office and he has also got integrity, which for me is indestructible…, so they reacted and that reaction changed the dynamics.

“Indeed I can tell you that the BBC is disappointed that this happened. I was disappointed, Anas disappointed because none of us knew that there was going to be a response, I got to know after the event had taken place.”

Mr Baako added that Mr Sefa Kayi himself has conceded.

“I read also and in this case, it is a very experienced politician Mr [Alban] Bagbin saying that it was wrong for the President to have viewed it before, incredible, absolutely incredible. If he [Bagbin] were to be in that situation, would he be happy if this thing was put out there before your response is solicited, would he be happy. Even the ethics alone compelled the investigators to give the President that option of watching and in any case, it was not as if he watched all the video,” Mr Kweku Baako said.

The emphasis is on football, this is about football corruption…it so happens that in the course of the investigations, the GFA boss is captured peddling influence to the extent of mentioning political people in the political establishment then the mixture of politics and football came in, otherwise the focus is on football.”

Mr Baako reiterated that letting the President see it and ask for his reaction is part of the investigative process and that if the president had not been mentioned nobody will go and give him the chance to watch anything, because it would be unnecessary, needless. And it is required, ethics of us to give him the chance… and I’m surprised that an experienced politician is canvassing the option that no, somebody who is mentioned in a negative way during an investigation should not be given the chance.

“I’m surprised that whatever it is, the matter has moved one stage relative to a personality, Mr Kwesi Nyantakyi. The many other characters and actors in that project whose time will come and if indeed the relevant authorities think that what they involved in amounted to some violation or infraction of the law,” he addeBC disappointed; Sefa Kayi breached confidentiality – Baako