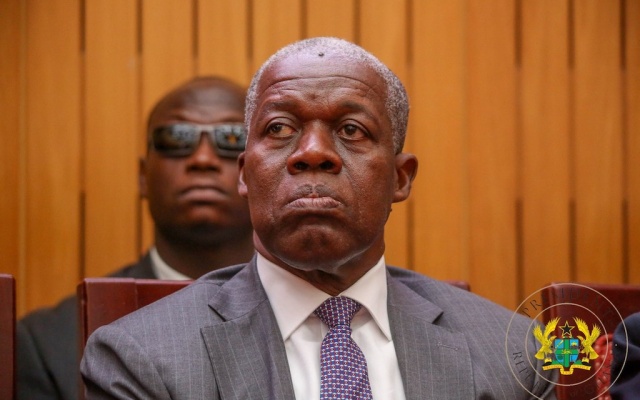 According to soft spoken Amissah-Arthur, as Vice President, his role was not defined and that someone else was virtually made the Veep in his stead.

“Need I say more? We all know who was used to relegate me to the background. I don’t need to mention a name for you to decipher who it was, but you are quite aware whom I am referring to. As a matter of fact, I was made redundant” Mr Amissah-Arthur reflected moodily.

Though he fell short of mentioning the name of his replacement, it is clear the former Vice President was referring to the wife of former President John Mahama, Mrs Lordina Mahama.

It could be recalled that the relevance of Vice President Amissah-Arthur was negligibly nonexistent as Lordina was seen all over the country, cutting sods for projects, commissioning some and acting as though she were second only to her husband, John Mahama.

That development became topical at the time and many gurus in the NDC had complained bitterly about it but all to no avail. Mahama stoically decided to stick to his wife using her Lordina Foundation as the smokescreen.

Vice President Amissah-Arthur was seen to be a pale shadow of himself as his counterpart in the able personality of Dr. Mahamudu Bawumia kept on terrorizing him at the time and gave the NDC hell with his intellectual analysis of the woes of Ghana’s economy and proposed solutions to deal with all the challenges the country was confronted with.

Mr Amissah-Arthur revealed this juicy titbit in a telephone conversation he had with one confidant of Professor Joshua Alabi who has asked for anonymity in this story. He indicates that the former Vice President has thrown his weight to Professor Alabi as he intensifies his campaign to lead the NDC into the next elections