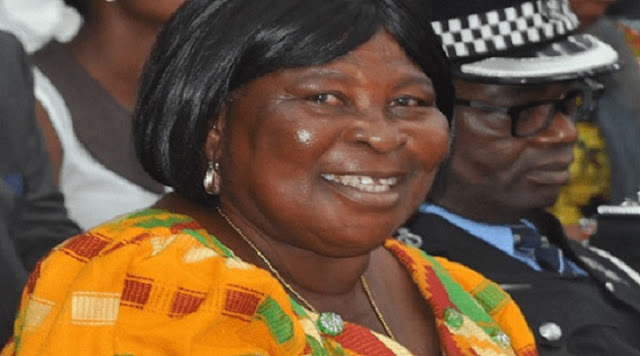 Madam Akua Donkor, founder of the Ghana Freedom Party (GFP), has embarked on a legal mission to have President Nana Akufo-Addo and Vice-President Dr Mahamudu Bawumia step aside in the wake of the Number 12 undercover documentary by journalist Anas Aremeyaw Anas.

In a suit dated 20 June 2018 filed at the Supreme Court, which names Attorney General and Minister for Justice Gloria Akuffo as the defendant, Madam Akua Donkor is seeking an order from the Supreme Court directing the defendant to advise the President of the Republic of Ghana and his Vice-President to step aside from the highest seat of the land since their names were mentioned in the documentary.

It will be recalled that President Akufo-Addo reported the former President of the Ghana Football Association (GFA), Kwesi Nyantakyi to the Criminal Investigations Department of the Ghana Police Service, for defrauding by false pretences and influence peddling.

Nana Akufo-Addo ordered the CID to arrest Mr Nyantakyi after being privy to investigative journalist Anas Aremeyaw Anas’ Number 12 undercover documentary, which exposed the GFA president as using the name of the president for influence peddling.

Mr Nyantakyi has been granted bail and investigations are ongoing, however, the DFP leader believes the presidency needs to be investigated as well.

Madam Akua Donkor stated in the writ that: “It is perfectly true that Nana Addo Dankwa Akufo-Addo, the President of the Republic of Ghana and the Vice-President are involved or have something to do with all the allegations levelled against Kwesi Nyantakyi with regard to bribing before contracts are awarded to investors”.

She was of the view that authorities have relied on investigations by Anas to sanction officials in the past and the latest is no exception and should be used to sanction all officials named in the documentary.