Afoko poured acid on Adams Mahama, which led to his death – Investigator 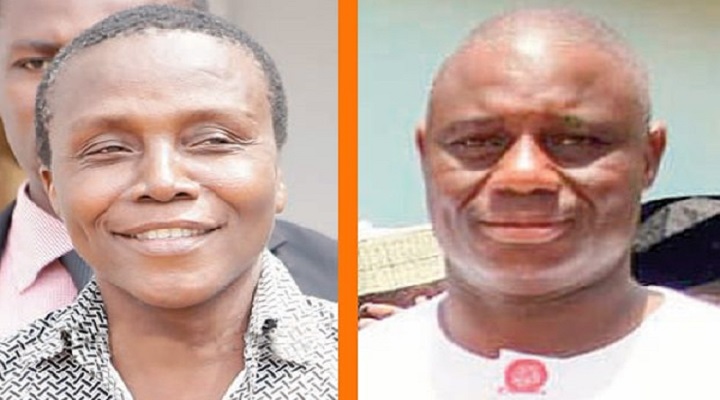 It has been confirmed that Gregory Afoko and another suspect, Asabke Alangdi who is on the run indeed poured acid on the late Upper East Regional Chairman of the New Patriotic Party (NPP), Adams Mahama, which led to his death.

The late NPP official, according prosecution witnesses, mentioned the names of the two as the ones who poured the acid on him and should he die, they were his murderers.

The defence lawyers have on many occasions refuted that evidence, saying the late Adams Mahama before his death was in so much pain and could not have been able to tell what the witnesses were claiming.

But the case Investigator, Detective Chief Inspector Augustine Nkrumah has told an Accra High Court hearing the case of Gregory Afoko that after he was told about what the deceased said about the cause of his death, he (investigator) independently investigated the statement and it turned out to be true.

The police officer who made the disclosure whiles under cross-examination as the principal investigator told the court that “After the receipt of the information, the Bolgatanga police assisted us in contacting some of the witnesses and it was confirmed by some of the witnesses that the deceased actually mentioned Afoko and Asabke.

“To be sure of the substance that was poured on the deceased, the exhibit collected was also sent for forensic analysis and it was confirmed to be sulphuric acid,” Detective Chief Inspector Nkrumah told the court.

Osafo Buabeng, lead council for Gregory Afoko then asked the investigator if he found out where in particular the deceased mentioned the names of Afoko and Asabke Alangdi as the ones who poured the acid on him

The witness said the deceased mentioned the names to his wife whiles he was still in his car struggling as well as at the hospital to other people.

The defence lawyer also refuted claims that a shoe supposedly soaked with acid and tendered in evidence by the investigator was the ones the deceased was wearing on the day the acid was poured on him.

According to him, the pathology report did not indicate that the deceased sustained burns on his feet and therefore it is not true that the shoes tendered in evidence and believed to be soaked in acid belonged to the late Adams Mahama.

But the investigator told the court that those were the shoes handed over to him by the Bolgatanga team as the ones the deceased was wearing on that fateful day.

Asked whether he knows one Musah who was charged alongside Afoko at the lower court during the committal, he said yes adding that “ I got to know him during the investigation when the case was referred to me.”

He confirmed the lawyer’s statement that when the case was referred to him, the police told “you that there was information that Musah on May 19, 2015 had gone round Bolgatanga seeking to buy acid but that information turned out to be false after the investigation

Meanwhile, the court has rejected a medical report from the Korle-Bu Teaching Hospital on Gregory Afoko concerning some scars on his body which were examined by a medical officer at the hospital.

The defence lawyer wanted to tender them in evidence to show that the report stated that the scars were not as a result of acid burns.

But the prosecution led by Mathew Amponsah, a chief state attorney objected to the tendering, saying the report was prepared by a medical officer and he should be the best person to tender it and speak to it.

The court presided over by Justice Lawrence L. Mensah rejected the medical report on the ground that the witness is not the author of the medial report and is therefore incompetent to answer questions on it.