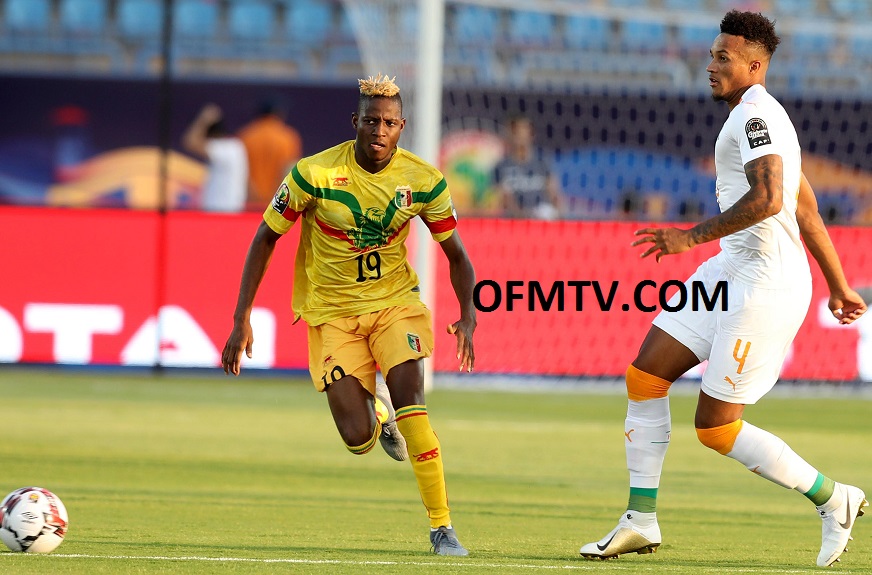 Jean Pphilippe Gbamin of Ivory Coast challenged by Moussa Djenepo of Mali during the 2019 Africa Cup of Nations at Egypt.

In a West African duel dominated by Mali, Ivory Coast was the most realistic team with a 1-0 victory. The Eagles may blame themselves for not having been able to score after so many many opportunities in the first half. The Elephants will face Algeria for a sport in the 2019 African Cup of Nations semifinals.

The start of the game is somewhat dazzling for the Elephants with striker Jonathan Kodjia deflecting a ball Wilfried Zaha could not recover.

Malians try to react on a long ball that gives nothing. The match seems well launched between two teams that accelerate the pace of play.

In the 11th minute, Moussa Marega on the right flanks is all alone but, in the penalty area, he hesitates when he tries to find Samassekou Diadié and the Ivorian defense emerges.

Full-time statistics, which team had the better overall performance: 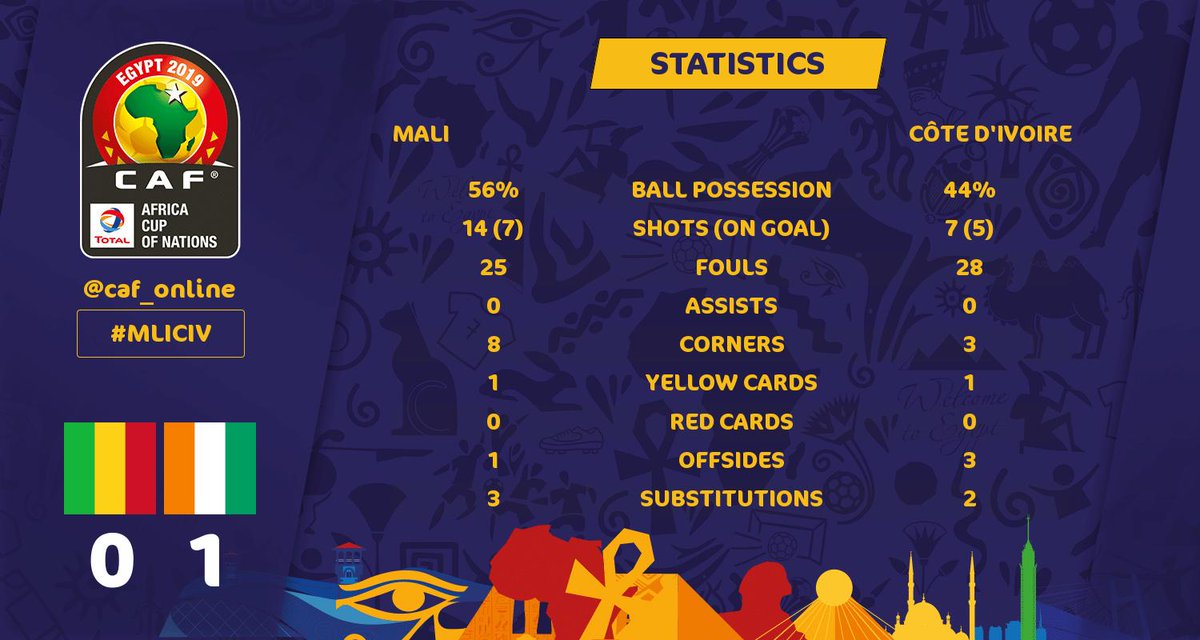 Mali vs Côte d’Ivoire Full-time statistics, which team had the better overall performance

The Malians return to the charge and it is Abdoulaye Diaby who eliminates his vis-à-vis but, his shot misses the frame.

On a corner that the Eagles executed in the 17th minute, Abdoulaye Diaby misses the ball. The Malians are leading the game by multiplying the offensives but are clumsy in the last move.

In the 22nd minute, a free-kick about 30 meters away from Abdoulaye Diaby almost surprised goalkeeper Sylvain Gbohouo who, with his right hand, put it in a corner.

The Malians dominate the game and come close to the opening of the score in the 42nd minute when Moussa Djenepo managed an overflow on his left side and place the ball for Moussa Marega who missed the shot.

The two teams return to the locker room without any advantage.

In the 52nd minute, on a Malian attack, Moussa Djenepo eliminates an opponent before collapsing alone against the goalkeeper. The Ivorians then wake up a bit and besiege the Malian camp for five minutes with two corners in quick succession but they give nothing.

The Elephants are once again in trouble but, they manage to worry the Malian defense in the 67th minute after a pass in the back of the defenders and Jonathan Kodjia, at the reception, pulls aside.

The Elephants scored in the 76th minute following a clearance from the Ivorian goalkeeper. The ball bounces in the surface and the Malian defender judge the ball badly. Wilfried Zaha took the opportunity and did not miss his shot against Djigui Diarra.

The last minutes of the game are painful for the Eagles who have given everything without ever succeeding in making a difference.

It is a heavy price after so many missed opportunities in the face of an Ivorian formation that was able to stab at the right moment. The Elephants get the seventh ticket of the quarter-finals and they will play against the Fennecs of Algeria on July 11 at the stadium of Suez.