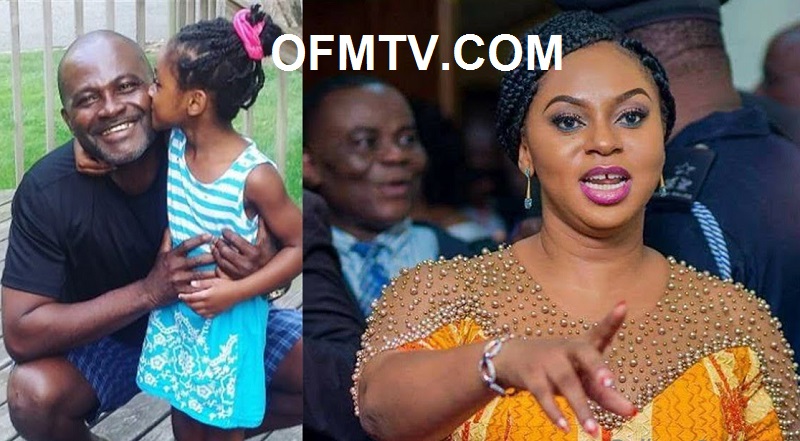 Hon Kennedy Agyapong has revealed that, despite having two children with Sarah Adwoa Safo, she doesn’t take money for their upkeep from him.

He said Adwoa Safo caters for every need of the children, adding that the only thing she takes from him is money for their school fees.

The Assin Central MP said this during an interview with Atinka TV, where he explained why he supported his baby mama during the recent NPP primaries.

Adwoa is so responsible towards the kids to the extent that she doesn’t take chop money from me. Other kids I pay chop money. The only thing she takes is their school fees,” Mr. Agyapong said.

He said the Speaker’s request surprised him, since he expected him (Speaker) to be neutral in such circumstances.

This, Mr. Agyapong said, pushed him to rather throw his weight behind the woman with whom he has two children.

“I have two children with Adjoa Safo; a boy and a girl. I wanted to be neutral because I also like Speaker and his son (Mike Ocqaye Jr),” he said.

“But the Speaker made a mistake by asking me to help his son win against Adjoa Safo. As a Speaker you need to be neutral…So I decided to support Adwoa.

“If the Speaker thinks it’s good for his son to win, then it’s equally for good if my baby mama also wins. That is why I supported Adwoa,” he added.