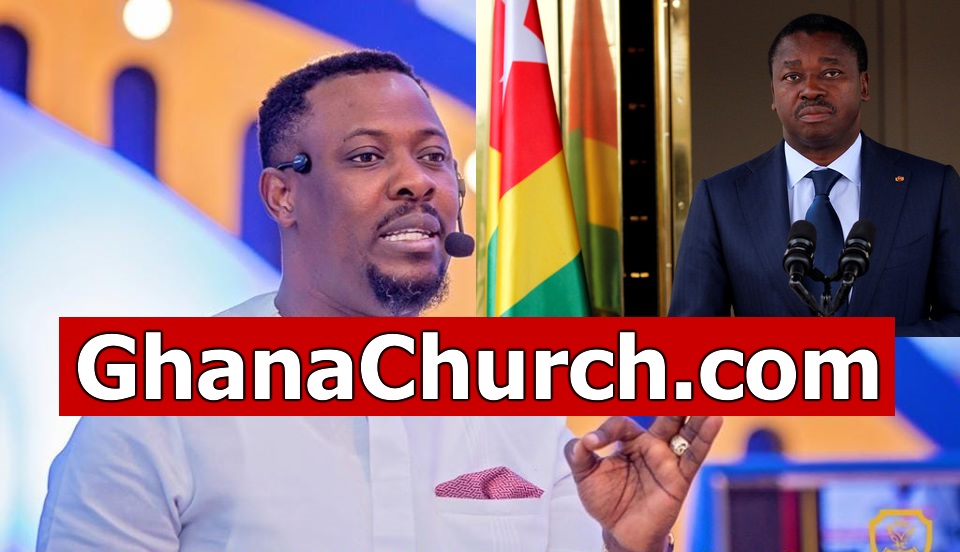 Presidential elections were held in West African country Togo over the weekend but Incumbent president Faure Gnassingbé of the Union for the Republic was re-elected for his fourth term with 72% of the vote in the first round.

The election was keenly contested by incumbent President Faure Gnassingbe and Agbéyomé Kodjo.

After the counting of the ballot, Faure Gnassingbe retained the throne with 72% of votes.

Opposition leader Agbéyomé Kodjo has rejected the results claiming the President rigged the election.
Togo’s opposition continues to refuse to recognise the results of the 2020 presidential election as announced by the country’s electoral commission and is calling on people to take to the streets to express their dissatisfaction with the re-election of incumbent President Faure Gnassingbé for a fourth term.
Messan Agbéyomé Gabriel Kodjo of Poitiers University, is a Togolese politician born on October 12, 1954; who served as Prime Minister of Togo from 29 August 2000 to 27 June 2002 under “Rally of the Togolese People” party.

It must be remembered that Ghanaian prophet, Rev Nigel Gaisie said it’s been revealed to him that Faure Gnassingbe will rig the elections to retain the highest seat of the country.

Hill TV writes:
“***INTERNATIONAL POLITICS**CONFIMATION OF PROPHECY*During my 31st Restoration Night,I was inspired to talk about Togo Elections and some elements of the opposition parties reached out to me via my office but like always thus lots of men don’t take the voice of God seriously….” 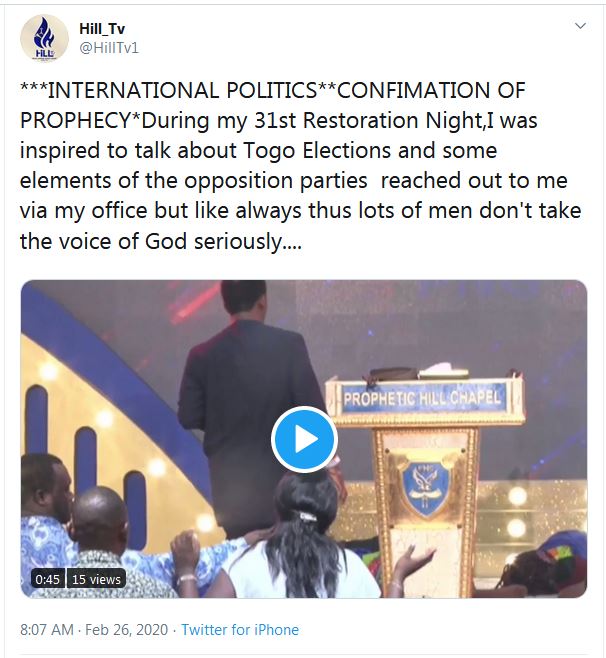