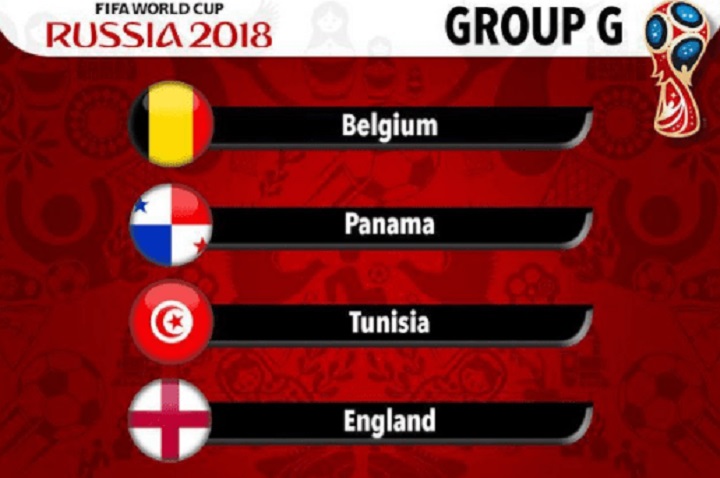 1. Belgium
The Belgians were another team that excelled during qualifying, finishing with a run that almost exactly mirrored that of the Germans. They currently boast one of the most feared lineups on the planet, including Kevin De Bruyne, Eden Hazard and Dries Mertens in the attacking third. Their clash against England will be one of the most anticipated of the tournament, with both teams featuring a vast majority of English Premier League players. With lowly Tunisia and Panama set to make up the numbers in Group G, the match against England will likely determine the group.

Ah England, a team that always has so much promise yet rarely lives up to expectation. Unlike in 2014 where they drew the likes of Italy and Uruguay (losing both pool matches), they have been presented with a great opportunity here, knowing that the teams that progress will face teams from Group H.

They could top their World Cup group for the first time since 2006 if they can beat Belgium, but we’re not so sure that they will. The safe bet here is a runner-up finish.

First-timers Panama benefited from the USA’s capitulation on the final day of qualification, and will look to carry momentum into their first match against Belgium. The likelihood of their progress is staggeringly low, as indicated by their odds, but we think they can overcome Tunisia.

Tunisia are not expected to make too much of an impact in what will be their fifth World Cup appearance. In twelve previous attempts the African nation has managed just one victory, way back in 1978, and have never made it out of their group. Their game against Panama will provide them with an opportunity to make it two wins, but we’re sure they won’t qualify.